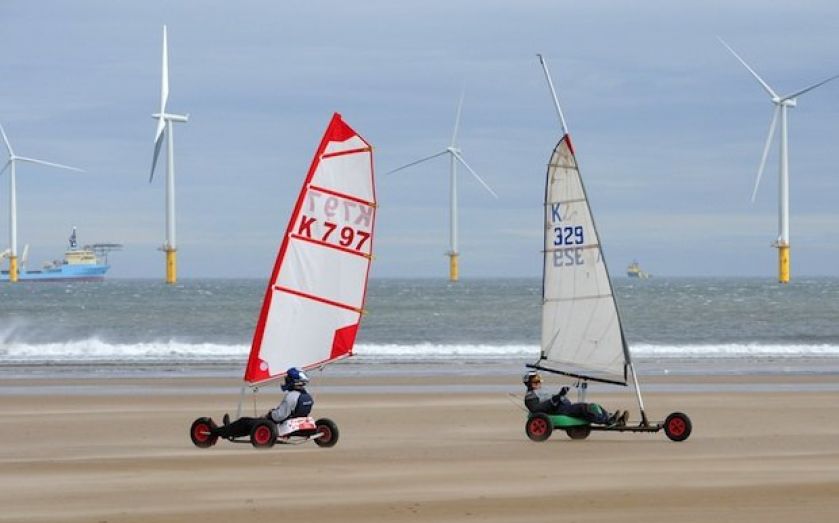 THERE is some controversy over whether David Cameron actually told his team they need to “get rid of all the green c**p”. But while Downing Street has denied it, there is little doubt that some ministers are realising they need to do something about the punishing costs of their current energy policies. They are right that Ed Miliband’s promise to freeze energy prices is not remotely credible, given that he has failed to set out plans to address the real causes of rising prices. But attacking Labour for having a dysfunctional (but popular) energy policy will not be effective if the government presses ahead with its own dysfunctional (but unpopular) energy policy. Voters would be forgiven for backing the party that at least sounds like it takes the pressure on living standards seriously as, year by year, energy bills rise faster than earnings. But what has gone wrong? Government regulations require energy companies to invest hundreds of billions of pounds in technologies like wind turbines and solar panels. Energy firms need to make a return on that investment, which means profits need to rise in the sector. Someone has to pick up the bill for those profits, which means prices need to rise dramatically. Liberum Capital projects that meeting environmental targets will mean total power costs doubling by 2030. That could only make sense if you thought the public would put up with prices rising, while the energy companies charging them more made greater profits. Ministers of all parties convinced themselves that investment in greater energy efficiency would make it all okay. But that was delusional. Miliband’s price freeze – effectively a massive windfall tax – puts that beyond doubt. In the face of this collapse in credibility, apparently the best the Conservatives have to offer is funding the Energy Companies Obligation (ECO) – which pays for energy efficiency improvements in low-income households – through general taxation rather than energy bills. Taxpayers (families and businesses) will pick up the bill instead of energy consumers (families and businesses). And even that will be difficult in the face of a Liberal Democrat party determined to go down with the climate policy ship. If they really want to do something about domestic and industrial energy bills, and insulate the UK against unstable global gas prices, there is a simple three-part strategy that would deliver: First, cut subsidies for expensive energy sources like wind turbines. They have to be paid for, and that means driving up energy costs. It is now very clear that those subsidies are unsustainable. Second, scrap the carbon price floor for the EU Emissions Trading System. British families and businesses shouldn’t have to pay a premium to move carbon emissions to other countries. It doesn’t help the environment, but it does hurt companies investing and employing people here. Third, stop delaying or blocking new sources of energy like British shale gas and efficient modern coal power plants. None of this is very complex or innovative, and it could be implemented quickly. But the obvious question is: what about climate change? Leave aside the often sterile debates over the science. The simple reality is that, whatever you think about the science of global warming, British climate policy makes no material difference. We emit less than 2 per cent of global emissions, and many of our climate policies (particularly the carbon price floor) just export emissions to other countries. We should put our scientists and engineers to work developing better alternatives to fossil fuels for the future, rather than deploying inadequate alternatives now. By directly supporting research, ideally using a tried and tested system like well-designed prizes, we can make a real difference without an enormous burden on British families and businesses. And we would no longer be relying on a naive faith in attempts at global regulation, which died at the UN Climate Change conference in Copenhagen back in 2009. All we would be doing is following in the footsteps of other developed economies that have reconsidered, or are reconsidering, expensive energy policies. Canada withdrew from the Kyoto Protocol back in 2011; Japan has recently adopted a much softer target for emissions reductions – our energy secretary Ed Davey found that “deeply disappointing”; and Germany is building ten new coal power plants. Cameron has a chance to put Miliband on the back foot and seize the mantle of the party of low energy prices for the Tories. The Lib Dems might stand by these disastrous regulations in private, but they would be brave to try it in public. If Cameron sets out a serious plan to do something about the “green c**p”, he could save families a fortune and do his own political fortunes no end of good. Matthew Sinclair is chief executive of the TaxPayers’ Alliance.