Purists likely shuddered at Theresa May’s commitment to a “proper, modern industrial strategy” as she reshaped the Business Department in July.

Three decades of free market orthodoxy have convinced many business folk that a fully-fledged plan for industry represents a throwback to the 1970s, a decade when sickly British Leyland came to symbolise all that was wrong with state intervention.

They need not worry. The Prime Minister understands that, for the UK to flourish outside the EU, government will need to work much more closely with business to make proactive, targeted collaboration the norm.

This is not a return to the days of politicians “picking winners” or, worse still, spending vast sums of taxpayers’ cash on lame-duck industries. Rather it is an acknowledgement that the government has at its fingertips a huge range of tools which, if used wisely, can help businesses grow and expand their reach, while also opening up new areas of economic opportunity.

These tools include resource (land, infrastructure funds, research grants); colossal amounts of data; the skilling of the workforce; contracts for the provision of goods and services (defence procurement, benefits distribution); and the ability to mould tax and regulation in a way that encourages enterprise.

Take the creative economy, an important part of which is based in my central London constituency. While we had long enjoyed high-quality jobs in television production and animation, British firms were losing work at an alarming rate to countries like Canada and Malaysia. This was not because they offered an inferior product. They simply could not compete with government-backed incentives that made it easier to put together funding packages for programme-making abroad.

Read more: We must embrace the free market to master the Fourth Industrial Revolution

Unwilling to see those jobs lost, our government levelled the playing field by introducing tax credits for the creative industries – targeted, state intervention that responded to global competition.

The growth of Tech City as the overwhelming continental market leader in knowledge-based industries also showcases modern, savvy collaboration. Initiatives such as tax breaks for startups, the open sharing of government data, targeted visas to recruit talent, coding in schools, and the rolling out of “patent box” reliefs allowing firms to use intellectual property as collateral have all contributed to Tech City’s success.

There are similar tales in aerospace, the automotive industry, pharmaceuticals and life sciences. In recent years, Imperial College has integrated its medical faculty with St Mary’s and Hammersmith hospitals, creating a globally respected centre for medical research, with NHS patients benefiting from cutting-edge care and academics able to trial new treatments on London’s uniquely diverse population. Imperial is now collaborating with Aviva Investors on its White City campus to support science startups and ensure that the UK benefits commercially from breakthroughs made in its university labs.

Partnerships between universities and hospitals are keeping London at the cutting edge of pharmaceutical research (Source: Getty)

Inevitably financing must not be forgotten. The perennial exasperation for many fast-growth mid-sized players is in raising capital, and part of a practical industrial strategy will be the creation of sector-specific funds which can be drawn upon to ensure British innovation can be properly exploited on these shores – or at the very least by British-owned companies.

Meanwhile, government departments will need to start cooperating with one another much more successfully. International development secretary Priti Patel has already signalled that she is willing to use parts of her aid budget to secure trade deals to benefit British exporters and win allies in the World Trade Organisation.

Read more: Why Britain is uniquely placed to galvanise a sleepy WTO

As a matter of urgency, an effective industrial policy also needs to push for better outcomes in key subjects in our schools so that innovators can rely on a sufficiently-trained indigenous workforce – something that will be ever more crucial if our EU departure involves a clampdown on immigration.

A renewed commitment to academic excellence with grammar schools must go hand-in-hand with more vocational and technical schools. In my own constituency, the Sir Simon Milton University Technical College will shortly deliver targeted education for those seeking careers in transport engineering and construction, with students spending half the week with business as working apprentices. 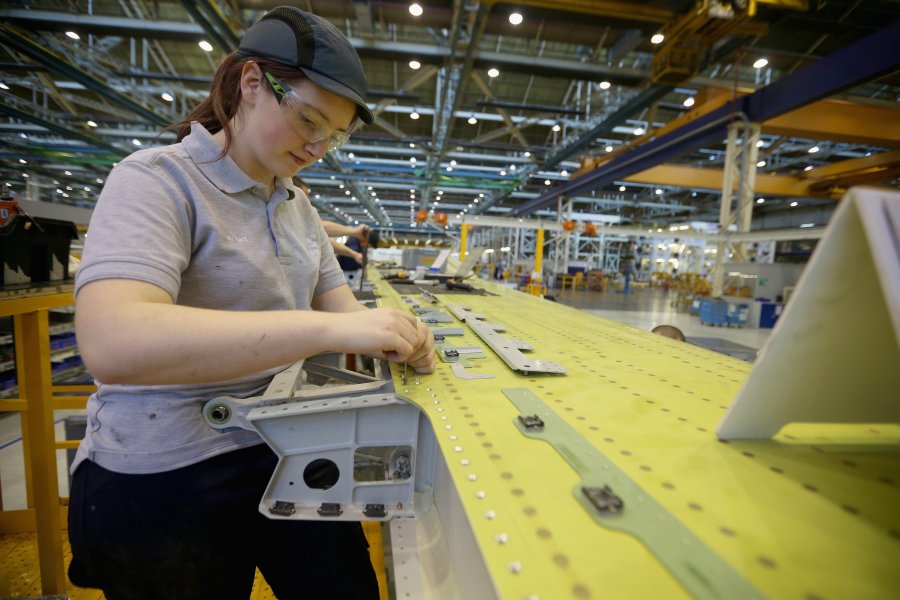 Schools are collaborating with businesses so students can also get experience as apprentices (Source: Getty)

While an opportunist approach to arbitrage on tax and regulation has always played a critical role in the UK government’s economic strategy, we must be mindful not to see the driving down of corporation tax rates as the primary means of attracting global businesses to these shores.

The outrage at the treatment of Apple by the EU in dismantling its sweetheart deal with the Irish government was probably outweighed by the sense that some sort of justice has been done for the hapless individual taxpayer. In a post-Brexit world, there is a risk that an aggressive approach on tax might be seen as tantamount to declaring a trade war against the EU that could spark retaliatory measures against our key industries.

With dark clouds of protectionist rhetoric gathering, it is important to stress that industrial policy does not – or should not – involve an inward-looking battening down of the hatches. Instead it heralds a confident, deliberate approach towards cooperation between government and globally-minded businesses in the granting of loans, tax incentives, skills and the creation of the physical and cultural infrastructure. The UK now needs a much more varied array of tools at our disposal – not least those that boost long-term productivity and export performance – as we wrest control of our economic destiny.