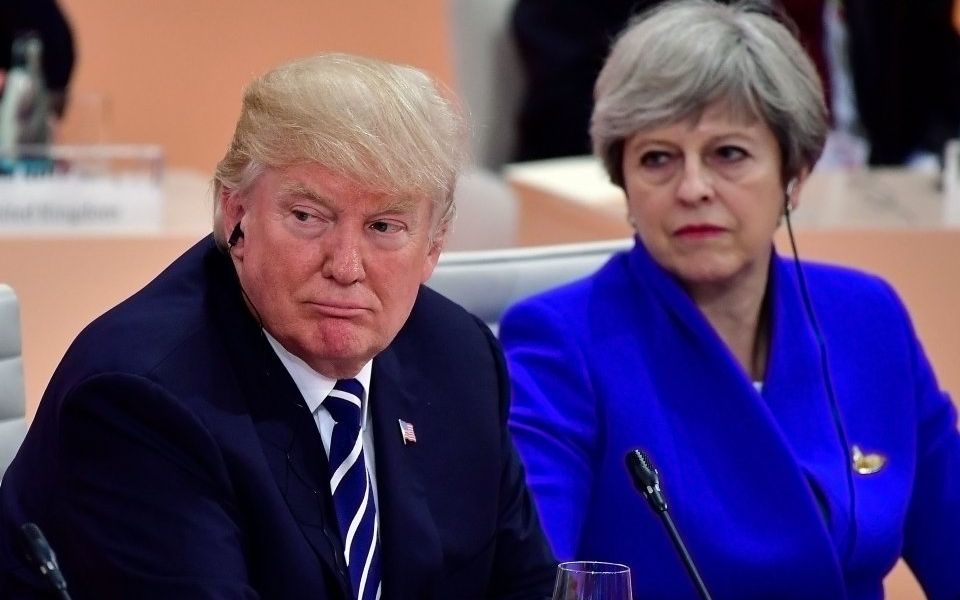 Theresa May has hit back at claims from Donald Trump her Brexit agreement prevents a new trade deal between the UK and US.

Speaking in the garden of the White House on Monday, the US president cast doubt on the UK’s ability to have an independent trade policy after Brexit under the terms of May's deal.

The intervention came as the Prime Minister was trying to sell her deal to business leaders at a Downing Street reception following another torrid Commons bashing from Tory MPs.

Speaking on Tuesday, the Prime Minister sought to set out why Trump was wrong in his assessment of the Brexit agreement.

She said: “If you look at the political declaration which sets out the future framework for our relationship with the European Union, it clearly identifies that we will have an independent trade policy and we will be able to do trade deals, to negotiate trade deals, with countries around the rest of the world.

“And, as regards the United States, we’ve already been talking to them about the sort of agreement we could have in the future. We’ve got a working group set up which is working very well, has met several times – continuing to work with the US on this.”

Sir Michael, who voted Remain in 2016 and has kept a low-profile since resigning from the cabinet a year ago, spoke out against the plan in the Commons on Monday, and went even further with his criticism in an interview with the BBC on Tuesday morning.

He said: “My fear is that this deal gives us the worst of all worlds.

"No guarantee of smooth trade in the future and no ability to reduce the tariffs that we need to conclude trade deals with the rest of the world.

"So, unless the House of Commons can be persuaded somehow that those are possible then I think, yes, the deal is doomed."

As part of May's strategy to get the public to back her deal, she has challenged Labour leader Jeremy Corbyn to a televised debate on Brexit.

Speaking to The Sun, she said: “Exactly how it might be done, if he takes it up, would be a matter for the broadcasters to determine. What I think is important is that people are able to see the issues around this plan.

"I am willing to stand up and explain why I think it is the best possible deal available for the UK.”

The date of the debate would likely be Sunday December 9, two days before MPs will vote on the withdrawal deal.