Theresa May has been accused of "bribing MPs" with a £1.6bn government fund for pro-Brexit towns in England in a bid to secure their backing for her deal when it is voted on later this month.

£1bn of the pot will go towards less well-off towns in England while £600m will be available for communities to bid for. More than half the money will go to the north of England and the Midlands over a seven-year period.

The Prime Minister made the pledge to pour investment into Leave-voting constituencies in February. She was accused of attempting to bribe Labour MPs to back her deal after it was voted down in historic proportions at the beginning of the year.

➡️ Today we're launching a £1.6 billion fund to boost growth across the UK that will:

Brexit Britain: Where is the cash being splashed? 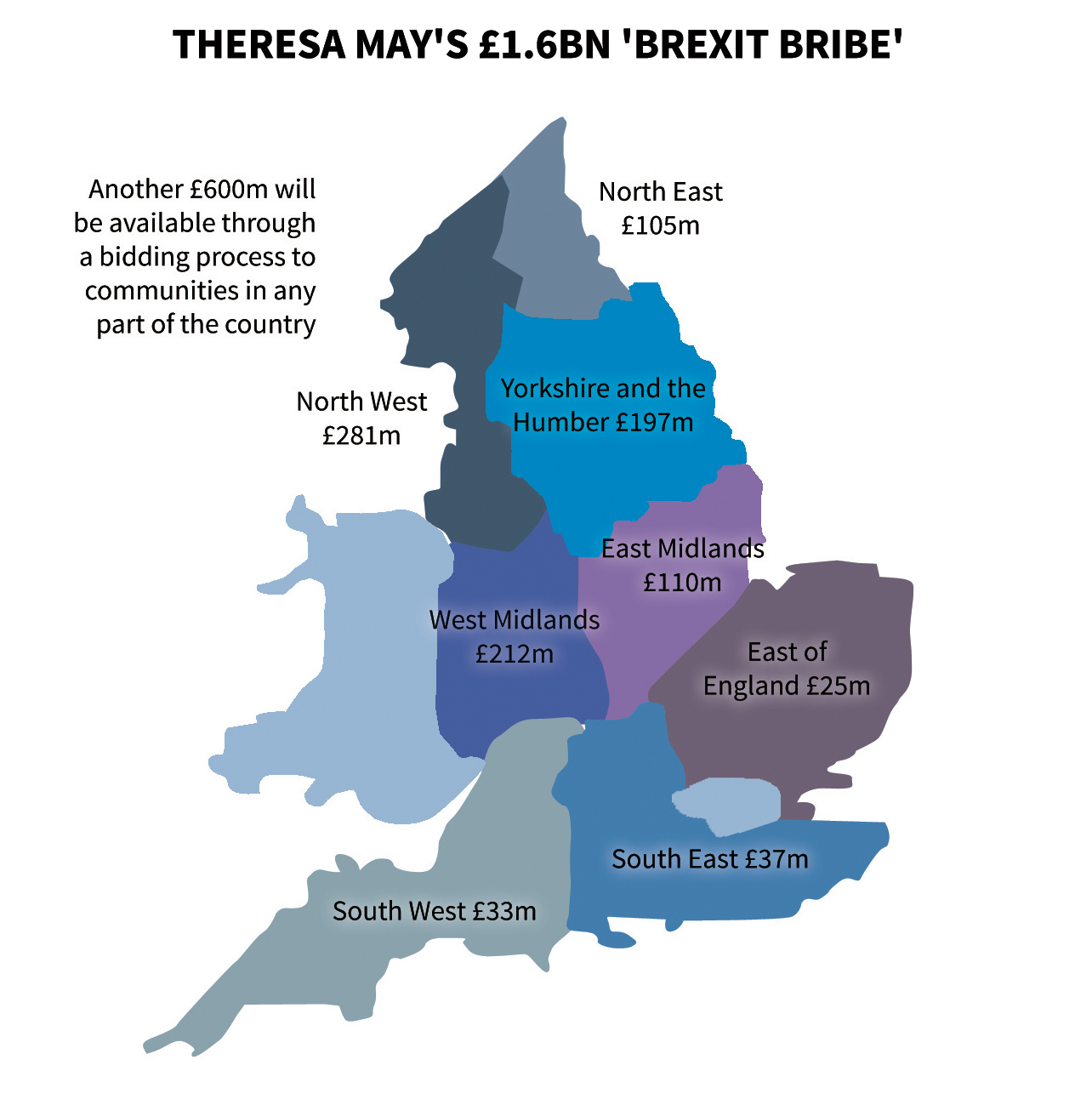 "The reason our towns are struggling is because of a decade of cuts, including to council funding and a failure to invest in businesses and our communities.

"No Brexit bribery. Stable investment where it's most needed."

However, Labour MP John Mann, who voted for May's deal, denied it amounted to transaction politics and asked the Prime Minister to "show us the money".

Read more: Liam Fox: The UK may have 'no option' but to delay Brexit

The launch of the fund comes after Labour MP Caroline Flint, who supports leaving the UK with a deal, yesterday hinted that up to 70 of her colleagues could be prepared to vote for May's deal if she achieves improvements to the Irish backstop, the policy designed to prevent a hard border in Northern Ireland, that parliament demanded.

Housing and Communities Secretary James Brokenshire denied the funding was a bribe and said the money pot would be distributed to the designated areas even if the withdrawal agreement – which MPs are due to vote on 12 March – was rejected again.

"This funding is there regardless of the outcome, but obviously we want to see a deal happening, we believe that is what is in the best interests of our country," he told the BBC.