The US Federal Reserve is on course for a December interest rate hike, hints Janet Yellen 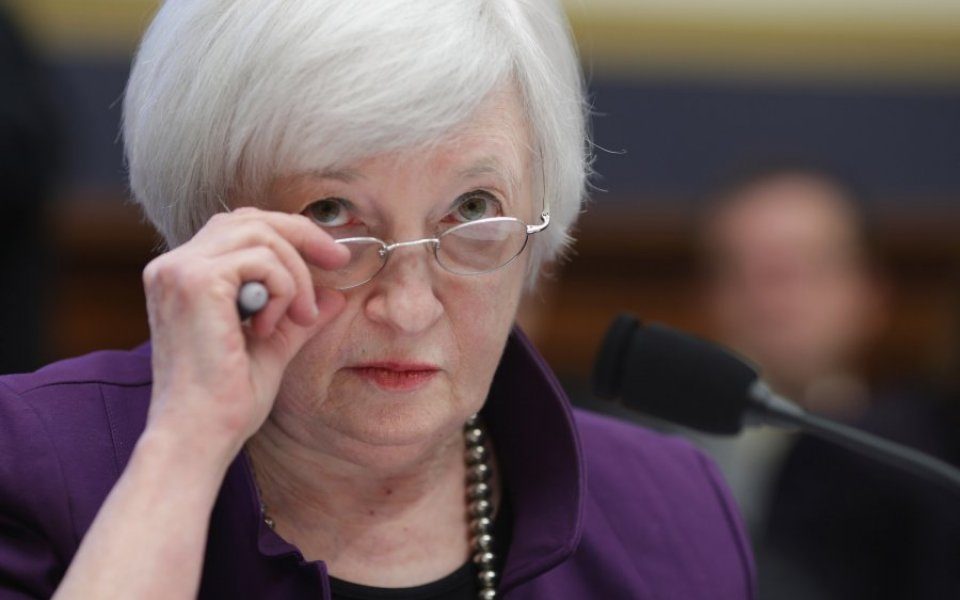 The Federal Reserve is on course to raise interest rates from record lows this month, the US central bank's chair has signalled, provided there are no economic data surprises over the next two weeks.

“Many FOMC participants indicated in September that they anticipated, in light of their economic forecasts at the time, that it would be appropriate to raise the target range for the federal funds rate by the end of this year,” Janet Yellen told an audience at the Economic Club of Washington DC today.

“On balance, economic and financial information received since our October meeting has been consistent with our expectations of continued improvement in the labour market.”

[The] initial rate increase would reflect the Committee's judgement, based on a range of indicators, that the economy would continue to grow at a pace sufficient to generate further labour market improvement and a return of inflation to two per cent, even after the reduction in policy accommodation.

As I have already noted, I currently judge that US economic growth is likely to be sufficient over the next year or two to result in further improvement in the labour market. Ongoing gains in the labour market, coupled with my judgement that longer-term inflation expectations remain reasonably well anchored, serve to bolster my confidence in a return of inflation to two per cent as the disinflationary effects of declines in energy and import prices wane.

The Fed chair then warned that if interest rates were kept at their current level for too long, they would have to be raised abruptly in future which would be harmful to the economy and financial markets. She added that it could also encourage excessive risk-taking.

She also said the outlook for the economy may change as new data comes in over next two weeks.

The federal funds rate – the US equivalent of the Bank of England's base rate – is currently kept in a target range of zero to 0.25 per cent, where it has been since the end of 2008.

Yellen said she was looking forward to the day rates come off record lows:

When the Committee begins to normalize the stance of policy, doing so will be a testament, also, to how far our economy has come in recovering from the effects of the financial crisis and the Great Recession. In that sense, it is a day that I expect we all are looking forward to.