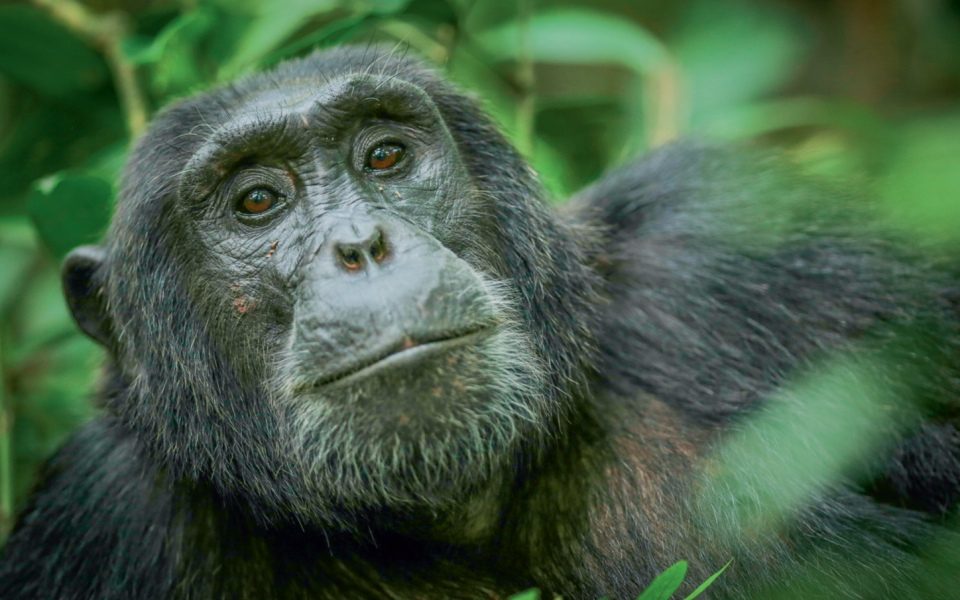 To tide us over until we’re able to travel again, we’re republishing classic travel stories from our archives. Today we revisit Noo Saro-Wiwa’s examination of gorilla conservation in Uganda

Standing in Bwindi Impenetrable Forest in south-western Uganda, I’m dodging a light hail of fruits being thrown down by gorillas in the trees above. The animals climb down and gallop through the undergrowth.

These ‘conservation refugees’ are the collateral damage in the tussle between agriculture, industry and population growth in Uganda. Bwindi’s pristine flora and fauna were under threat from population increase, poverty, poaching and logging.

Illiterate and strangers to the concept of agriculture and ownership, the Batwa made innocent mistakes, such as eating crops planted by local farmers. When given new homes with corrugated metal roofing, some of them were so horrified by the sound of raindrops hitting the metal they chose to sell their roofs rather than suffer the racket. Their simplicity drew contempt among non-Batwa people in Uganda, some of whom viewed these forest-dwellers as “primitive” and ripe for exploitation.

Once upon a time, the fate of the 60,000-strong Batwa was met with indifference. These days, there is a more enlightened recognition that the wellbeing of these eldar statespeople of Uganda is intrinsically tied to the forest and the tourism industry that funds the gorillas’ survival. Nobody appreciates this more keenly than Praveen Moman, owner and founder of Volcanoes Safaris, the company that runs the gorilla tours. When he launched Volcanoes Safaris, Moman knew he could not separate social responsibility from ecological conservation. And so in 2018 Volcano Safaris completed construction of a village for 18 Batwa families, providing permanent homes for them after 25 years of squatting. The company purchased 10 acres in Musasa, about 4km from Mgahinga Gorilla National Park.

To one side is a medical room where a doctor sees patients once a month for health checks and vaccinations. Life expectancy among the Batwa was just 28 years in their forest days. Four in 10 of their children used to die before their fifth birthday, but not anymore. I cuddle the village’s newest arrival, a ball-fisted three-day old girl.

Her parents haven’t decided on a name for her yet, but when they do her birth will be documented, which represents a big cultural change. “They have problem with figures,” says an interpreter, referring to the older generation. They have no idea what year they were born. When I ask a woman called Jane how old she is, she giggles as the interpreter tells me, “Jane has been thirty-one since 2013!”

For a sample of traditional Batwa forest life, I visit a small forest situated next to Volcanoes Safari’s Gahinga Lodge. It is a mini version of a larger Batwa Trail, which is run by a different entity. Our Batwa guide is the splendidly named Safari Monday.

He and a female companion are wearing traditional pelts of goatskin around their shoulders. Via an interpreter, Safari tells us that medicine is all around us. He scoops up a mass of soil containing the protruding roots of a giant fern. The Batwa grind it into a tea to treat skin allergies. He then holds up another plant – a giant lobilea shrub, which is pounded into water to create an emetic drink. For soap, they chop thorny apples into water and stir it into a paste.

I ask whether the Batwa still worship their traditional deity. Many have converted to Protestantism and Anglicanism, Safari says, but he still worships Bihako, the god of the forest. He also worships Arsenal football club, I’m told with a smile. Although Safari keeps one foot planted in the past, he surprises me by saying he has never returned to the forest since the eviction nor does he think about it.

He looks forwards, towards a future in which the Batwa play a greater role in sustaining the knowledge of Uganda’s Bwindi forest and its conservation. For now they have lost their self-sufficiency through no fault of their own, but they have a lot to teach us through this experience – it is not simply a cultural show-and-tell. Who knows?

• For more information on Uganda go to visituganda.com.