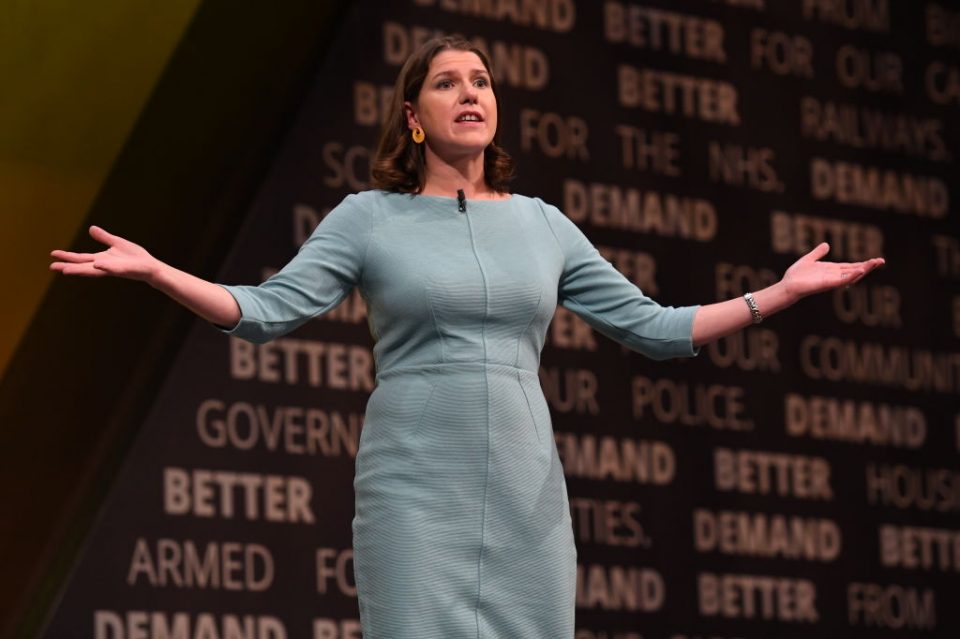 It is certainly ballsy. It has filled the newspaper pages and the airwaves. It has generated controversy.

I’m talking about the Liberal Democrats’ new policy of revoking Article 50 should they win a majority in any upcoming election.

Is it a masterstroke, something that will generate some short-term excitement that will eventually die down, or a big mistake?

No doubt the policy puts clear yellow water between Labour and the Lib Dems. It doubles down on the latter’s simple clarity of message in contrast to the continued confusion and endless contortions of Labour’s position.

It is now clear: if you are a committed Remainer, the Lib Dems are the party to vote for as long as Labour remains Janus-faced and confused.

It is also brutally honest, something that has been absent from our political life for far too long.

But the complaints are coming thick and fast. Prime among them is that such a policy is “undemocratic”. This accusation is worth examining.

Last time I looked, an election was a democratic exercise. If people vote for the Lib Dems, they are clearly voting for Article 50 revocation. Should they win, the Liberal Democrats will have a perfectly legitimate democratic mandate to revoke.

But, but, but, some will howl. The party could win an election without a majority of the votes cast. True enough, but that is our system of electing governments. The British model gives almost absolute power to a government that has won the majority of seats, if not the  majority of votes.

The Lib Dems have long fought against this system and argued for a more proportional one. The two major parties have resisted change because it has, until now, suited their own interests. What goes around comes around. Having defended the current system to the hilt, the major parties must now live with its consequences.

And which stance is more democratic: Jo Swinson as an elected Prime Minister revoking Article 50 having made it clear in her manifesto that this is what she would do? Or Boris Johnson foisted on the British public only by a handful of Conservative party members, forcing the UK out of the EU without a deal when that option was never clearly put to the people in any kind of democratic exercise?

Of course, the Lib Dems will only be able to implement the policy if they get an absolute majority. Otherwise Remainers will be hoisted by their own petard, having fought in court to establish the principle that any Article 50 decision has to be approved by parliament and cannot be implemented unilaterally by the executive.

Some will assume that a Lib Dem majority is impossible and that this is no more than a publicity stunt. Maybe, maybe not. Much will depend on the timing, and what has happened between now and polling day.

If the election remains a four-way race, all things are possible. It is one of the quirks of the first past the post system that when multiple parties are in serious contention, relatively small shifts in voting patterns can produce large shifts in outcome.

True, the party may find that it loses as many seats as a result of this divisive policy shift as it stands to gain. And an absolute Lib Dem majority certainly remains a long shot.

But impossible it is not.

Swinson’s policy has, if nothing else, achieved two things. It has introduced a measure of clarity to our politics that many have been craving, when so many of our politicians still cling to what the late Sir Geoffrey Howe called in his resignation speech the endless search for separating words from meaning. And it has given committed Remainers a clear political home.

Many will doubtless be appalled at the bold Lib Dem move. Others will long for the Brexit debate to be out of their lives – however it is resolved.

Having followed the Brexit snakes and ladders developments probably more closely than any sane person should, I am rapidly approaching that position – whatever happens, please just make it stop. And that is what the Lib Dems are offering to do.