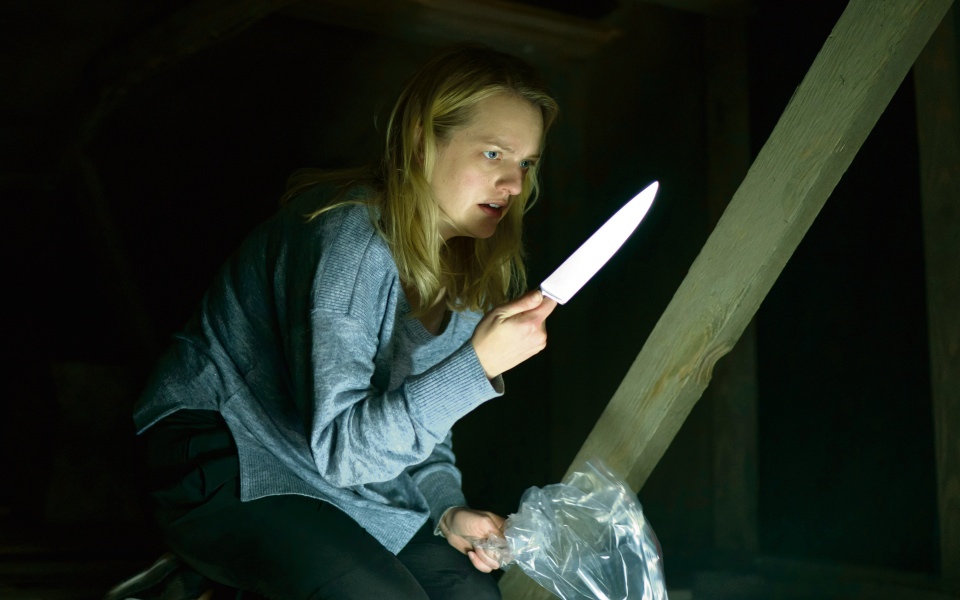 It is absurd to think The Invisible Man was conceived as a foundational part of a ‘Classic Monsters’ shared universe, the beginning of a franchise that might sit alongside Marvel’s Cinematic Universe.

The project was unveiled with a now-infamous, heavily photoshopped picture of celebrities including Johnny Depp, Russell Crowe and Tom Cruise, who were to somehow knit together characters as disparate as The Mummy, Dr Jekyll and The Bride of Frankenstein (the actor who was to play The Invisible Man was absent from the picture, but that should hardly come as a surprise).

The idea – a bad idea, to be absolutely clear – was dropped. And thank goodness, because The Invisible Man we ended up with is an excellent self-contained movie. It’s a lesson in restraint, in the power of slow-burn horror. And make no mistake, The Invisible Man is straight-up horror, a 21st century ghost story directed by Saw and Insidious writer Leigh Whannell.

From the opening credits, you can sense this might be something special, with waves crashing over jagged rocks to reveal the film’s ‘invisible’ title cards. The camera tracks up to show not a dusty Victorian mansion, but a gleaming modernist apartment hewn from concrete and glass. The titular antagonist is a new breed of mad scientist, a tech mogul who made his billions in Silicon Valley developing cutting-edge optical equipment, including an invisibility suit.

Whannell is a master at imbuing everyday scenes with a creeping dread. Doors drift open by themselves. Floorboards creek ominously. It plays on the same subversion of domestic safety that makes films like Paranormal Activity so frightening. In one scene the camera lingers over a leather chair upon which you can see the faintest impression of a pair of bum cheeks. Is the invisible man sitting there? Or is he in the corner? Or behind you?

This isn’t just a modern twist on the haunted house movie, though – it’s also a timely psychodrama about a powerful man’s mental and physical hold over a vulnerable woman.

The tense opening scene sees Cecilia (Elizabeth Moss) enacting a long-planned escape from the cliff-top house that has essentially become a stylish prison. She’s still in the throes of PTSD when she’s informed her abuser has killed himself, leaving her – and us – to wonder if the creepy things she subsequently experiences are all in her mind, or if her ex has found a new way to torment her. The man may be invisible, but you can see his gaslight a mile off.

At the centre of it all is an exceptional performance from Moss, who really sells the maddening impotence of her situation. Whannell keeps her in frame for virtually the entire film, filling the screen with close-ups of her increasingly mottled face, forcing us to reckon with her pain.

Studios take note: this is how you adapt a classic horror story for a modern audience: no need to messy the place up with an entire toy box worth of ghosts and ghouls.