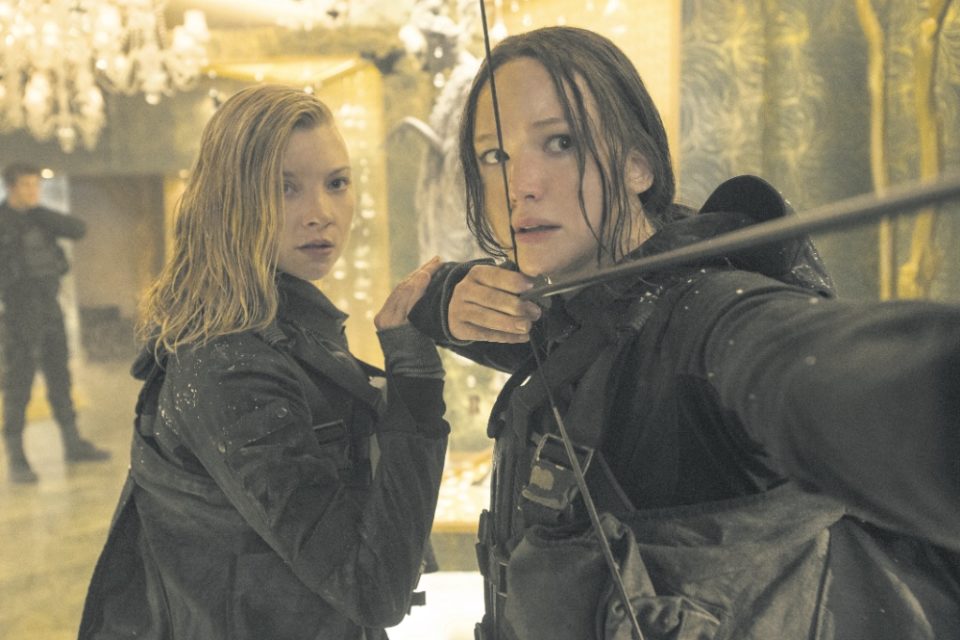 The Hunger Games is a rarity in Hollywood franchises; all three instalments have maintained a high standard. Action-packed, intelligent stories with solid performances, and in Jennifer Lawrence’s Katniss a heroine the audiences can get behind. Can the finale, wedged between the loud juggernauts of Bond and Star Wars, deliver an end worthy of its predecessors?

Starting immediately after Mockingjay Part 1 (which made waiting in a bunker a surprisingly thrilling experience), Katniss finds herself involved in the final push to take the Capitol from the clutches of the evil President Snow (Donald Sutherland). With Snow having turned the city into a maze of traps, she must use all of her skills to survive, and decide whether the leader of the revolution (Julianne Moore) can be trusted.

‘Sombre’ is perhaps the best way to describe this final chapter (you know you’re in for a grim time when the only joke in the film is cracked by the child-murdering villain). With no time for chuckles, we’re plunged into the loud, combative final push, and the results are compelling. After a lot of moralising about the ethics of war (“Sometimes killing isn’t personal,” muses Liam Hemsworth. “It’s always personal,” Lawrence retorts), we’re straight into the action, where the film really hits its stride. Creating the same feel as the original Games, it’s a prolonged chase which takes a sprinkling of inspiration from Aliens (particularly in the claustrophobic, occasionally terrifying ‘Mutts’ sequence).

Key to the film’s success is Lawrence, putting her all into the character as she has done throughout. Even in the most melodramatic of moments, she looks like she means it, and gives a haunted quality to her character that other franchises would kill for. She’s equally met by Sutherland, an actor who could so easily have phoned in a generic villain performance, but turns Snow into a sinister and charismatic villain. Liam Hemsworth’s tedious sulking aside, most of the weaknesses in the cast come from underuse. The seriousness of the film desperately needed Elizabeth Banks, whose vibrant Effie was the comedic bright spot of Part 1. Also understandably sporadic is Phillip Seymour Hoffman, whose last appearance on screen has all the presence you’d expect.

A morally complicated ending robs the film of a clean conclusion, but there’s no denying that this is an impressive final chapter. Whatever flaws there may be, Mockingjay Part 2 takes an entertaining route to an intelligent conclusion. How many big studio franchises can boast that?