The Death of a Black Man at Hampstead Theatre review 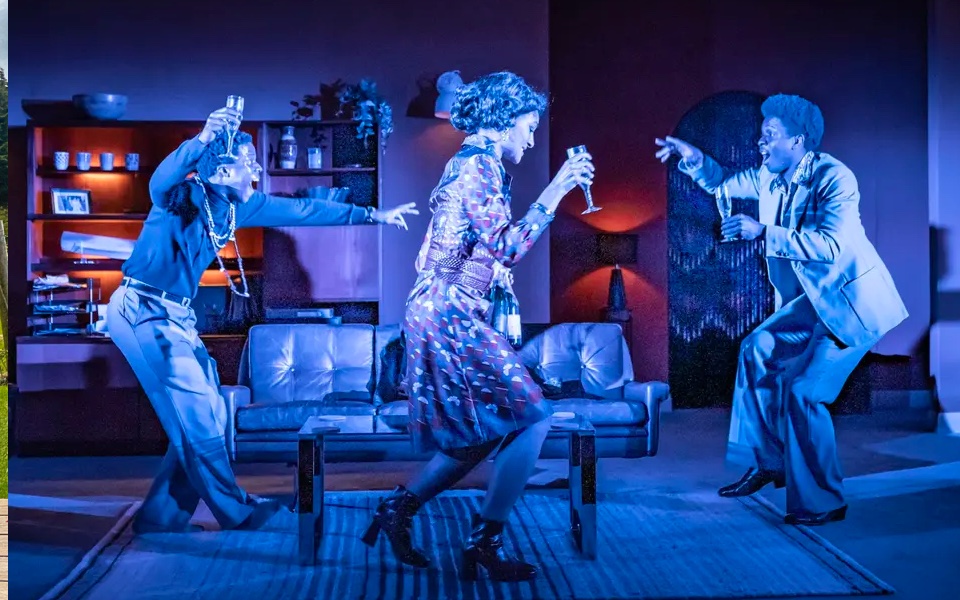 It’s a sad indictment on society that a play called The Death of a Black Man could have been written in just about any era of modern history, about more black men than you could ever hope to name.

Today it perhaps most strongly recalls the death of George Floyd, whose murder last year by a Minneapolis cop sparked Black Lives Matter protests across the world. But pick just about any month over the last half a millennia or so and you’ll find a roll-call of black men whose lives were unjustly ended.

The man Alfred Fagon’s play refers to is the real-life musician Joe Harriott, now considered one of the best British jazz players of his time. He wasn’t murdered but, in 1973, died destitute at the age of 44, his prodigious talent unable to secure him more than pub gigs, his legacy all but forgotten (the BBC recorded over the only footage of him playing) until years later.

But the title also echoes a more personal tragedy. In 1986 Fagon died of a heart attack when out running. The successful actor, poet and playwright lived in a predominantly white neighbourhood, where most people just knew him as “the coloured man who runs”. After giving his flat a cursory once-over the police decided there was no way of contacting friends or family – by, say, going through his diary which was lying out – so he was cremated and his ashes scattered over a pauper’s grave.

These themes of institutionalised racism and casual neglect are played out in The Death of a Black Man, which imagines the life of the son Harriott left behind. Shakie is an 18-year-old, Del Boy-esque West London trader who made his first few pounds selling bottled water to American tourists, although as he later admits, “I wasn’t selling water, I was selling sympathy”. He later upgraded to selling “African Chairs” – made by illegal immigrants in Yorkshire – to antiques dealers, providing him with the money to buy a flat and fill the fridge with champagne.

His playboy life is interrupted by the return of his “baby momma” Jackie, who has been raising their son with a wealthy older man.

This sets the scene for a series of feverish and thoroughly unpleasant encounters. Jackie and Shakie clearly have a deep connection but they communicate in crass insults, accusing each other of being rapists and child molestors one second, and asking for another glass of champagne the next. They’re nothing compared to Shakie’s friend Stumpie, who returns from Germany with big ideas to make millions by shipping over “20 pygmies” to start a drum ensemble and revolutionise black British music. His opening gambit is to slap Jackie across the face for being too middle class for a black girl and only gets worse from there.

Everything goes (further) south when Shakie learns of the death of his father, sparking a breakdown and descent into madness and criminality.

Few would expect a play called The Death of a Black Man to be a walk in the park, but the sharpness of its barbs and ferocity of its anger make for incredibly tough viewing. Fagon refuses to round the edges of his unlikeable trio, instead using them to express how abuses are passed from generation to generation, and how black people – especially women – can never really escape from the cycle of abuse.

The schizophrenic nature of being a second generation immigrant is expressed through some incredible verbal dexterity, with characters switching from an affected, Chris Eubank-style RP to Jamacian patois to broad Cockney. It gives the play a fragmented, surreal tone, a feeling that’s intensified by director Dawn Walton’s queasy interlude sequences, in which the characters drink and dance and begin to lose their minds in slow motion.

The two main performances – Jackie never feels like a fully fleshed out character – are excellent, although the material is forever veering from poetic brilliance to slightly clumsy polemicism, reminding you that this was a relatively early play in Fagon’s too-short career.

Difficult, uncomfortable and still able to shock after all these years, it’s heartening to know that Fagon’s work is still remembered, unlike so many other black men who died too young.