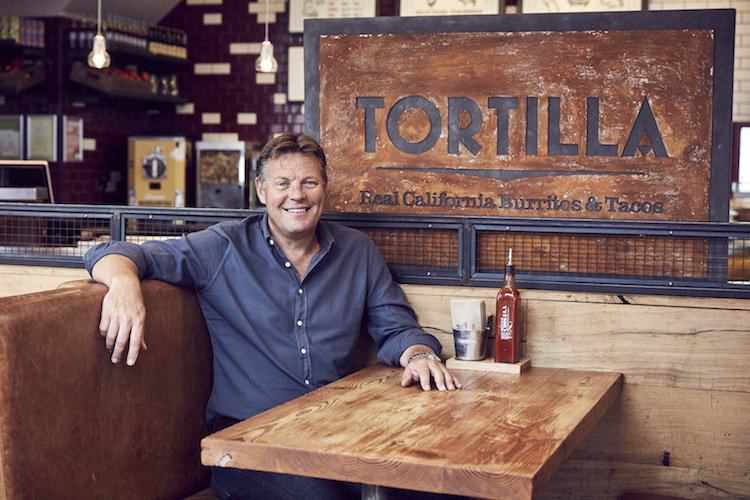 London's food scene attracts all sorts. Whatever you desire, it’s not hard to find someone who’s cooking it, fusing it with other cuisines, or serving it alongside an artisanal craft beer. From pop-ups and market stalls, to Michelin-star restaurants, the capital is a hotbed of culinary creation.

One such company is Mexican-food-maker Tortilla. 2018 marks its tenth year anniversary, and since opening its doors the chain has grown beyond London. It now has over 40 locations across the UK, including several franchises in the Middle East.

Tortilla was founded by Brandon Stephens, who had moved to London from San Francisco to study. Dissatisfied with the lack of decent burritos and tacos in the capital, he decided to start his own company serving Mexican food with a Californian twist, and opened his first store in Islington in 2007.

Read more: Do business in style: the rise of the upmarket shared workspace

The concept proved popular and, after teaming up with a private equity business in 2011, Stephens was able to grow the startup and open additional sites around London. But taking the company to a new level proved a challenge, and eventually Richard Morris was brought in to run the business from 2014 as Tortilla’s managing director.

“Brandon realised that he was not necessarily the person with the skillset to take it to the next stage,” Morris says.

“We had 10 or 11 sites when I joined. He was managing to hold the whole thing together by being involved in every aspect of the business. Truth be known, he was absolutely shattered.” 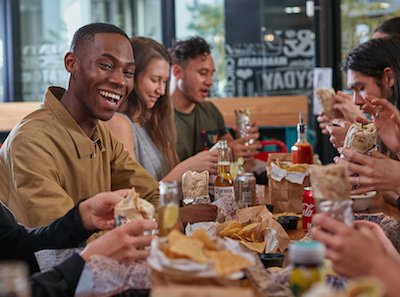 Morris has 20 years’ experience in the food sector, working with the likes of TGI Fridays and The Rainforest Cafe, and was managing director of seafood restaurant chain Loch Fyne from 2000 to 2011. He explains that growing a scaleup business requires a different skillset to launching a startup, such as being able to delegate and allowing people to make their own decisions.

“To Brandon’s credit, he realised that what he’d done was fantastic, but to make it successful going forward he needed to bring somebody in who had been there and done it. We got on extremely well immediately, and he still sits on our board today.

“It’s a nice story, because generally when founders work alongside chief executives of their business, it doesn’t always work out, but so far so good in our situation,” Morris adds.

Upon taking charge, Morris made key changes to the business. He brought someone in to examine Tortilla’s supply chain, and streamlined the number of suppliers from hundreds of small, local suppliers to a handful of larger ones.

“We created economies of scale, because we were buying good volumes on things, so immediately our food and drink costs started to get better.”

Morris also faced some legacy issues. There were several other people who’d been involved with the company while it was a startup, who weren’t necessarily able to help take Tortilla to the next level.

“They were all really good people, but they were all very much startup guys. We never fell out, but as it stands now, there are none of those guys still in the business. We’re all still mates, we still see each other, but there were certain structures and disciplines that needed to come into the business,” he says. 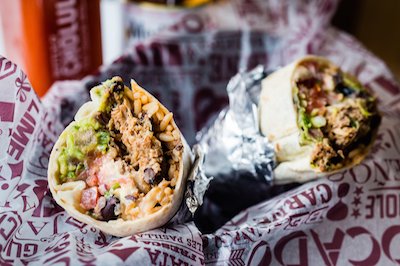 According to Morris, when people start a business, they tend to become emotionally attached to it, which makes it harder for them to make the difficult decisions that often need to be made.

“It was a natural course of people moving on and me bringing in people who had experience of running slightly larger businesses, and who were perhaps slightly more emotionally detached from it and able to make more business-like decisions – as well as making sure we didn’t lose the culture and the family-feeling.”

Tortilla is operating in a cutthroat market. The casual dining sector has been in free-fall for months, and left a trail of high-profile casualties: Jamie’s Italian, Strada, Prezzo, Byron and more have all had to close dozens of their restaurants.

“The casual dining market was simply over-cooked. There were too many people out there doing roughly the same thing, and all at similar price points. I think burger chain Byron opened potentially too many sites too quickly. Jamie’s Italian and Prezzo probably did the same thing. They all expanded very quickly,” says Morris.

But Tortilla has avoided the slaughter and is trading well. Group sales increased by 20 per cent in 2017, exceeding £30.4m. Morris attributes the success down to the versatility of the product, which offers lots of choice to how consumers build their burrito, as well as the space in the market for Mexican food, where there is less competition compared to burgers or Italian food.

“It’s still quite a differentiated offer, even though it’s been around for a while – Mexican food is still cool and relevant. The product is really popular.”

The brand has also found success by embracing the food delivery culture that has grown rapidly in the last couople of years, with Just Eat and Deliveroo becoming hugely popular with consumers.

“We’ve embraced Deliveroo and delivery generally. A lot of businesses have tried to push against it. We know that people want to have restaurant food in their own homes and dining rooms,” says Morris.

To cope with this growing demand, Tortilla has started launching miniature stores in built-up office or residential areas that are designed to cater to takeaway orders. The first one was opened in Putney in November and is only 700 square feet.

“Delivery costs eat away at our profit margins, because you’ve got to pay for them to deliver the food. But because our costs going into these businesses are lower – we’re paying less rent and less capital expenditure because the places are smaller – it works incredibly well for us,” he says.

Morris has outlined more things he wants to change at the business, from increasing customer interaction to improving evening sales. The brand is still expanding, with plans to add more locations around the UK and elsewhere. As Tortilla celebrates its tenth year, it’s clearly added plenty of spice to London’s food culture.

Read more: Keep your finger on the pulse of culture with Urbanologie