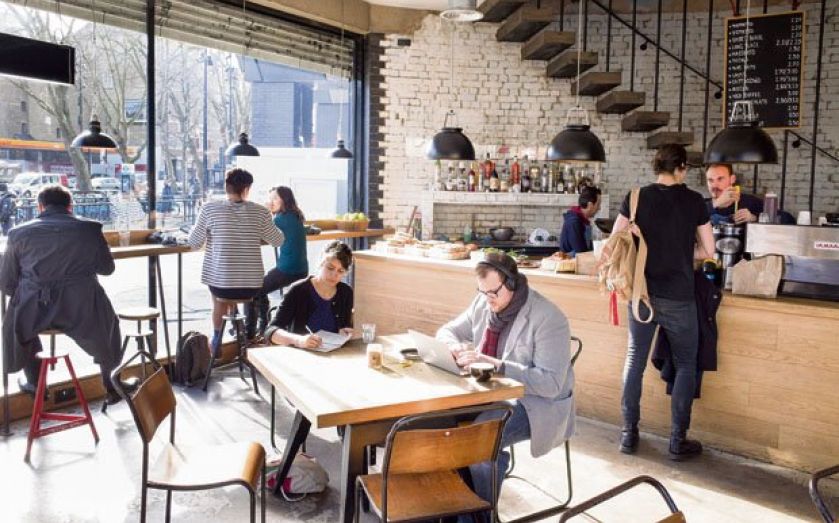 London's top startups and venture capital firms will today urge the UK government to relax rules and taxes in order to maintain the capital’s status as the top European tech hub.
The so-called Startup Manifesto – written by policy group Coalition for a Digital Economy (Coadec) led by former government adviser Guy Levin – is signed by 150 tech heavyweights, in­cluding the chief executives of Zoopla, King Digital and Tech City UK, as well as partners from venture capital (VC) firms In­dex Ventures and Balderton Capital.
“Ensuring that we have the right policies and incentives in place to maximise the potential of these businesses is critical to the growth of the overall economy,” Zoopla boss Alex Chester­man told City A.M.
The manifesto calls for tax cuts for entrepreneurs, including the reduction of National Insurance contributions for firms that volunteer to teach coding to teachers in support of the new curriculum, and relaxing visa rules to open the door to talent from outside the EU.
“Recent growth and a series of successful exits means 2014 will be remembered as London tech’s coming of age. However, as outlined in the Startup Manifesto, roadblocks remain which threaten to undermine our progress,” said Tech London Advocates chairman and founder Russ Shaw.
The launch comes as rival startup scenes in Berlin, Barcelona, and Stock­holm threaten London’s position as the digital capital of Europe, while the European Commission in May warned that the UK’s tech skills shortage could grow larger than anywhere else in the EU by 2020.
“The Startup Manifesto is a timely reminder from the tech community to all the parties drafting their own election manifestos. As a country we’re ahead of most other nations, but we can’t stand still,” Index Ventures partner Saul Klein told City A.M.
Business minister Matthew Hancock MP said: “There’s no doubt there is yet more to do and we will scour any proposals to make Britain the best place in the world to start and grow a business.”
Shadow Business Secretary Chuka Umunna MP said: “We want to see more people starting up, leading and working in business and the creation of high-skilled, better-paid jobs.
“Coa­dec’s manifesto is right to emphasise the importance of digital startups as well as the need to foster digital skills.”

1. Cut taxes for entrepreneurs, including reducing National Insurance contributions for startups that volunteer to teach coding to teachers
2. Open the door to talent from outside the EU by restoring the post-study work visa and allowing VCs to sponsor employees on behalf of startups
3. Back the UK’s lead in fintech by creating a legal framework for Bitcoin
4. Review the planning system and property regulations to increase the supply of affordable office space for startups
5. Continue to invest in superfast broadband and raise the level of ambition for digital infrastructure