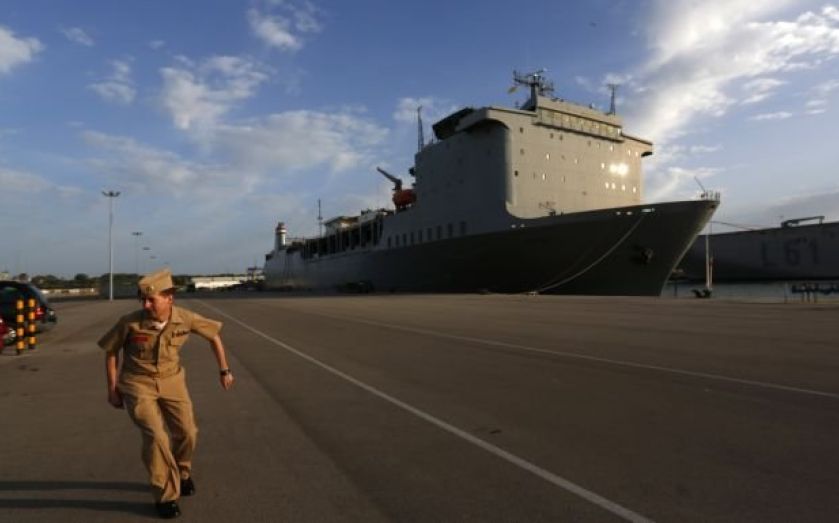 All of Syria's precursor materials for the production of sarin gas have been destroyed, according to the Organisation for the Prohibition of Chemical Weapons (OPCW).
The international watchdog announced yesterday that 580 tonnes of chemicals had been removed from Syria and destroyed aboard an American ship called the MV Cape Ray.
The vessel, based in the Mediterranean Sea, was built last year specifically for this purpose following an agreement brokered by the US and Russia to destroy Syria's entire arsenal of chemical weapons.
Sarin gas is a nerve agent which causes the muscles that control breathing to become ineffective when inhaled. On 21 August last year, it was used in an attack on the Ghouta area outside Damascus, leading to the deaths of hundreds of people.
In order to neutralise the precursors and reduce their toxicity, they were mixed with fresh water and "reagents" before being heated.
The next stage, according to OPCW, will be to process 22 tonnes of sulphur mustard. Once this has been completed, the resulting materials will be disposed of at land-based facilities in Germany and Finland.
Chlorine remains a concern
Although it has a variety of industrial uses, Chlorine can be fatal if it enters the lungs at high concentrations, and its use as a chemical weapon has therefore been prohibited by the OPCW.
When it agreed to hand over its stockpile of chemical weapons last year, President Bashar al-Assad's government denied the use of chlorine, but the OCPW has since unearthed evidence for its use in "a systematic manner", according to the BBC.