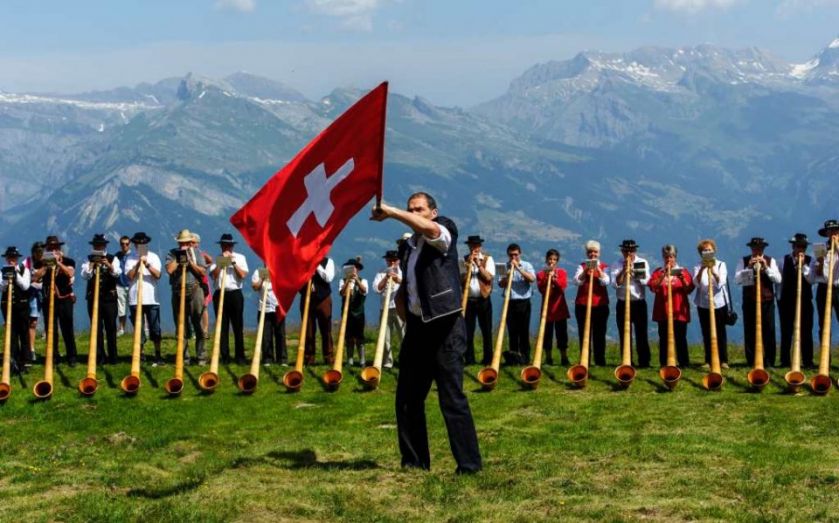 The Swiss Central Bank (SCB) has moved to stop the franc hitting its currency exchange ceiling of 1.2 Swiss francs to the euro by imposing a 0.25 per cent tax on sight deposit account balances. A sight account is one in which funds can be transferred at speed and with no restriction, or withdrawn as cash.

This is a negative interest rate, meaning savers will be worse off for leaving their money shored up in Switzerland, all else being equal. If savers are charged to keep their money under lock and key, there is less of an incentive to do so. The change had an instant effect, with the franc dropping 0.6 points against the euro, even though the rate won't come into effect until 22 January.

The franc has been under pressure recently due to the general buffeting global markets have received. Investors have been looking for safe assets, which in turn has put pressure on Swiss exchange rates.

No small number of terrified Russian oligarchs have their money in Swiss bank accounts, leaving the mountainous nation somewhat exposed to Russia’s trials.

The so-called ceiling was introduced after financial winds blew the franc to near parity with the euro back in 2011. 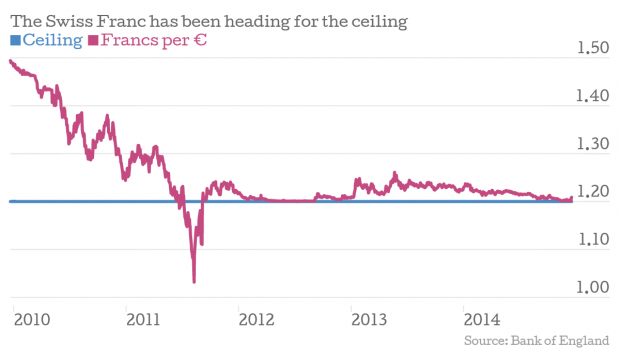 The SCB decided to act that year, printing francs to buy Eurozone bonds costing well into the billions. The SCB clearly doesn’t fancy doing so again, but kept its options open. It was, it said…

…prepared to purchase foreign currency in unlimited quantities and to take further measures, if required.

The European Central Bank itself took the unprecedented step earlier this year in an attempt to sure up inflation, and Denmark and Sweden did something similar in 2012.