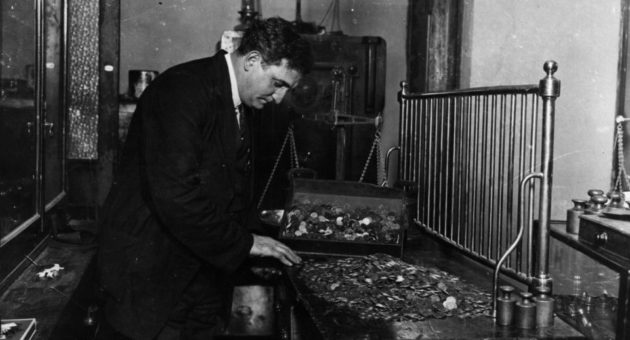 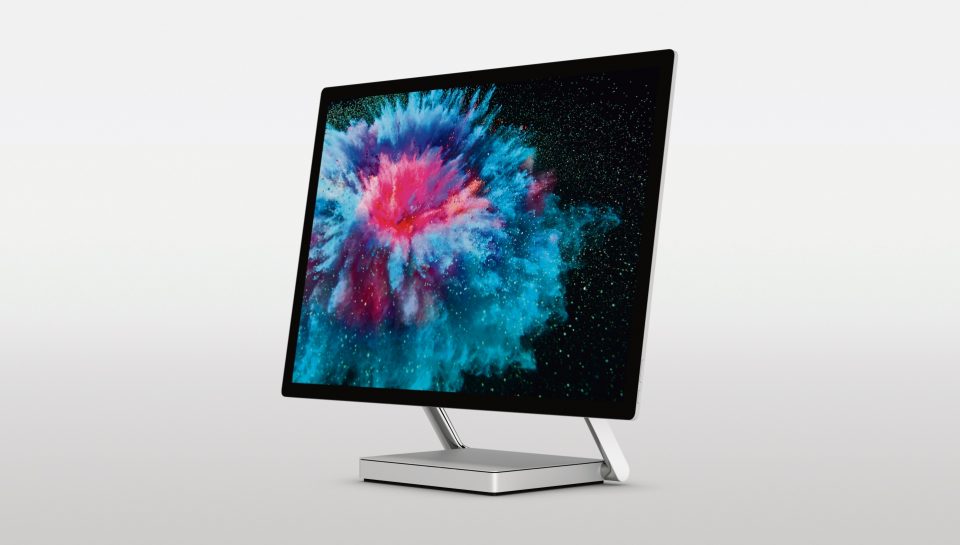 The Surface Studio 2 is the latest addition to Microsoft’s Surface range, which began in 2012 with a series of hybrid tablet computers. But while those first devices were popular, it wasn’t until the launch of the Surface Book laptop in 2016 that the company really started upping their design game, and stealing Apple’s brushed metal lunch.

Around then Microsoft started producing futuristic machines that appeared to be hewn from single slabs of matte-finish aluminium, with hidden but efficient strip vents, minimal detailing, no garish Intel hologram stickers cluttering up the chassis, and strange skeletal hinges unlike anything else seen in laptop design.

There’s a sexy alien aesthetic to Microsoft’s new generation of hardware. All of it would look at home in a Philip K Dick adaptation, operated by a pouting blonde woman in a white latex jumpsuit and a severe bowl cut. Maybe she’s tracking a squadron of Korblaxian Raiders. Or maybe she’s doing her weekly Tesco shop. Surface devices seem to fit both occasions.

The head of this growing Surface family is the Surface Studio, a 28-inch hinged desktop PC that folds down to almost flat, like a giant graphics tablet, and the ideal position for doodling with the Surface Pen stylus.

It is a gorgeous object, the 12.5mm thick screen gliding along its hinge so effortlessly that you can lay it flat just by pushing on it with a single finger, as though the whole screen is floating on air. You’d feel mildly anxious about leaving it near any open windows, in case a gust of wind carries it off like a kite.

Announced back in October 2018, the second generation of Studio is finally available to purchase in the UK. It looks almost identical to the previous model, but its insides – all contained within the book-sized base from which the hinged screen rises – are souped up, improving on the middle-of-the-road specifications of the original Studio.

Powering the new device is an i7-7820HQ Intel CPU alongside an Nvidia GeForce GTX 1060 GPU and – most crucially for the kind of work you’d use this machine for – a solid state hard drive for wrangling with large media files, with much improved load times. Performance is lightning quick all round, and there’s just enough oomph in that little box to play high-end games, should you get bored of editing and want to raid some tombs for a while instead.

Returning from the original Studio, and sold separately, the £90 Microsoft Dial is a physical, rotating knob that can be placed anywhere on the screen, acting as a way to navigate through menus with your left hand while keeping hold of your stylus in the other. Context-aware, radial options appear in a ring around wherever the Dial is placed.

It sounds gimmicky, but for drawing and creative work, and when used with Adobe Creative Cloud, it becomes one of the most useful and intuitive ways of interacting with a screen since right-clicking.

The display is as stunning as ever too. Though this time Microsoft says that it has optically bonded the screen to the glass, bringing it nearer to the surface to create a brighter and more richly coloured image. However it’s been achieved, the result is plain to anyone sitting in front of it, a super high resolution, better than 4K screen that’s heaving with dense, crisp pixels.

The Surface Studio is a rare thing: a desktop computer that turns heads.