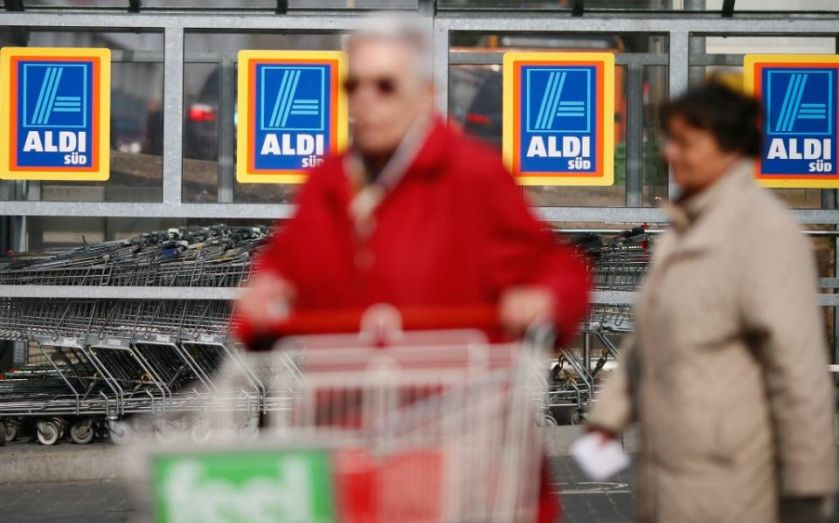 Sales at discounters Aldi and Lidl grew 15 per cent and 10 per cent respectively in the past year, data published this morning shows. On the day Sainsbury's posted its first loss in 10 years, that's significant.

More on this story: Sainsbury's reports its first loss in a decade

The figures, published by Kantar Worldpanel, showed Asda lost the most market share over the past year, falling from 17.3 per cent of the market to 16.9 per cent in the 12 weeks to the end of April last year. Tesco, meanwhile, fell to 28.4 per cent, from 28.8 per cent.

Sainsbury's share fell 0.2 per cent to 16.5 per cent, although Kantar did point out it was the strongest performer among the "Big Four" supermarkets.

"Growing slightly behind the market, its share now stands at 16.5 per cent, down 0.1 percentage points on last year. Performance has been boosted by the increased focus on non-food items and the chain's strength in London, where grocery sales are growing faster than anywhere else in the country," said Fraser McKevitt, Kantar Worldpanel's head of retail and consumer insight.

But this morning Sainsbury's pointed to a price war between the Big Four and their German rivals are one of the causes of its £72m loss. Aldi and Lidl were the fastest growing retailers, with new record high market shares of 5.4 per cent and 3.8 per cent respectively – although McKevitt added that this may suggest an end in sight for concerned retailers.

"While such growth is the envy of the industry it is slower than in recent months, suggesting the discounter momentum is starting to slow a little.”