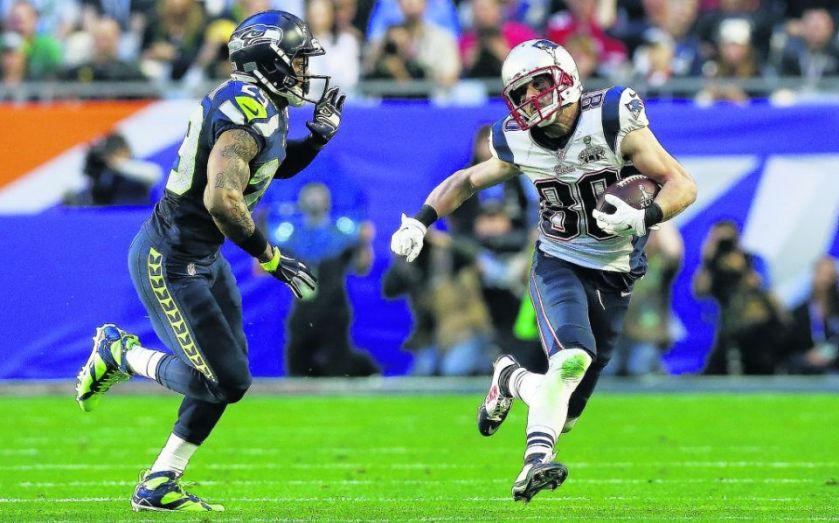 The Super Bowl last night retained the title as having the most expensive television advertising slots in the world as advertisers lined up to spend an average of $4.5m (£2.98m) for a 30-second slot during the show.

With an expected US audience of over 110m, with many more millions watching around the world, Budweiser, Dove, PepsiCo, BMW and Northrop Grumman were among the advertisers paying for the privilege of appearing during the showdown between the New England Patriots and Seattle Seahawks.

In 2012 Super Bowl adverts cost an average of just $3.5m for a 30-second slot, rising to $4m last year, and then another nearly 15 per cent to yesterday’s record $4.5m high. And this cost does not even cover the millions more that is likely to be spent on celebrity appearances, music licensing, agency fees and ad production.

In comparison, the UK’s X Factor, which commands some of the highest advertising rates on British television, pales in comparison, with its 30-second spots during the final selling for between £150,000 and £200,000.

Northrop Grumman’s advert made history as the first by any defence firm in the history of the Super Bowl. It comes as the firm is vying with Boeing and Lockheed Martin for a US government contract to build Long Range Strike Bombers.

The ad spaces were said to have sold out four days ago, with slower sales this year because of lack of take-up from the auto industry.