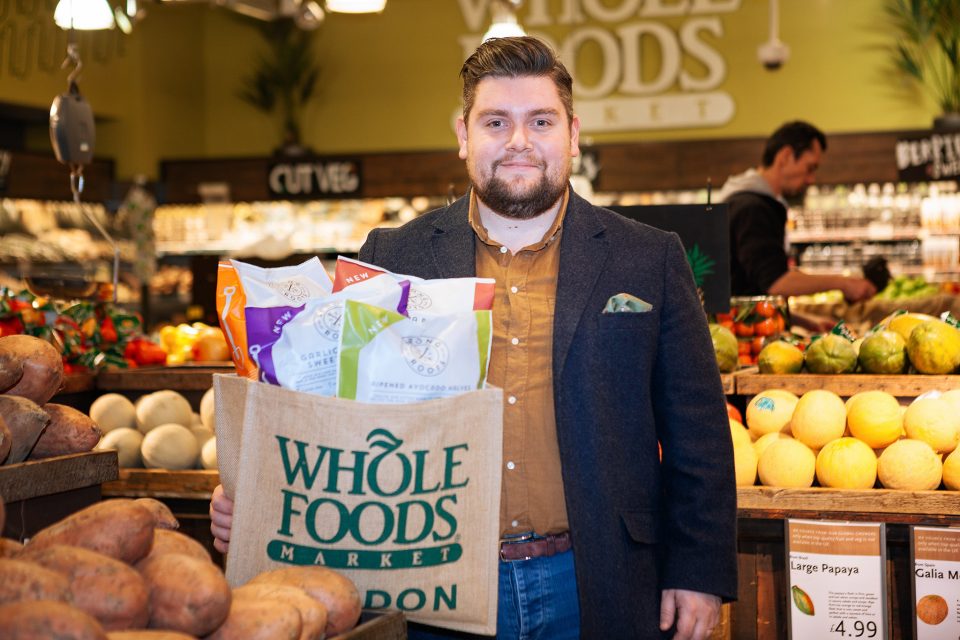 Exporting is a major topic ahead of the Brexit deadline of 31 October. Hundreds of thousands of business across a range of sectors are understandably concerned about how to overcome the challenges associated with exports after leaving the EU.

Founded in the Republic of Ireland in 2015, Strong Roots is stocked in all major UK retailers and exports to countries around the world in the EU and beyond.

Dennigan launched the company after spending 10 years selling fruit and veg with his family’s business in Dublin. Frozen food may not be the sexiest product, but he felt he had noticed a lack of innovation in the market, and that there was a gap for exciting food that people would actually want to eat.

“For the previous 50 years, the definition of innovation in the frozen category was changing the packaging design,” he says. “We came with something genuinely new and different.”

Dennigan saw two main advantages to frozen food over fresh. From a business perspective, fresh vegetables are perishable, making them less profitable and harder to export for a small startup looking to scale. Then there was the environmental sustainability aspect to his brand. Dennigan argues that if consumers switched from fresh vegetables to frozen, food waste would be drastically reduced.

“That’s not to say I’m a frozen advocate and we shouldn’t eat fresh food, but if we’re going to be serious about being a food business with an agenda of sustainable growth, it’s something that people need to be conscious of.”

This is a hot topic right now. Food waste is a major concern – it’s estimated that over a third of all food produced globally goes in the bin – and is a major contributor to greenhouse gas emissions.

Consumers are also increasingly conscious about the environmental impact of what they eat, eschewing meat in favour of plant-based options. That’s why trends like “Veganuary” have become more popular, and why animal rights campaigners from Extinction Rebellion blockaded the meat trade at Smithfield Market this week.

Certainly, Dennigan is aware of this healthy-eating, environmentally-conscious trend, and it’s something that his brand is leaning into.

“When we launched our veggie burger, we weren’t trying to convert people to veganism, it was just simply ‘vegetables are great, and we don’t need the meat, try this’,” he recalls. “Now, it’s led by a much more focused communication of purposeful change. That has gotten stronger as a result of what the consumer wants.”

This sustainability angle also plays into how the product is made. Rather than mass-producing vegetables in few locations, Strong Roots has several sites around the world selected based on seasonality and soil suitability.

“Our veggie burgers come from a rich-growing horticulture area in northern Italy and Austria as a result of a very fertile valley, where we can grow more intensely without ruining the soil,” explains Dennigan. “There’s a huge conscious effort to take things from places that work, as opposed to mass-producing in places where things are scarce.”

And it seems to be working. This year, Dennigan secured £15m in fundraising, and is now selling in US stores such as Target and Whole Foods. The company expects sales of $50m this year.

“Things are going really well in the US,” he tells me from New York, where he is overseeing the expansion. “The stores we have launched into are trading successfully. The most difficult thing is not getting the product on shelves, but keeping it there. All of our efforts at the moment are making sure the traction that we won early on is maintained.”

So what’s his advice for other firms that want to be successful exporters? The key thing is: don’t rush into it.

“Concentrate on what you’re good at, where you’re good at it. A lot of young companies rush towards export because there’s a certain gravitas and premium associated with a product being exported, but people need to focus on whether they’ve capitalised on their full potential in the countries they’re at,” Dennigan says.

And he is particularly keen to add that there is still plenty of potential in the UK.

“We’re betting on Britain’s economy,” he says. “We don’t think people are going to stop eating healthy food – in fact, we think it’s going to accelerate. There are 65m people on a small island, who have very discerning tastes. We’re an exporter from Britain, and an exporter to Britain. We’re definitely going to stay that way.”