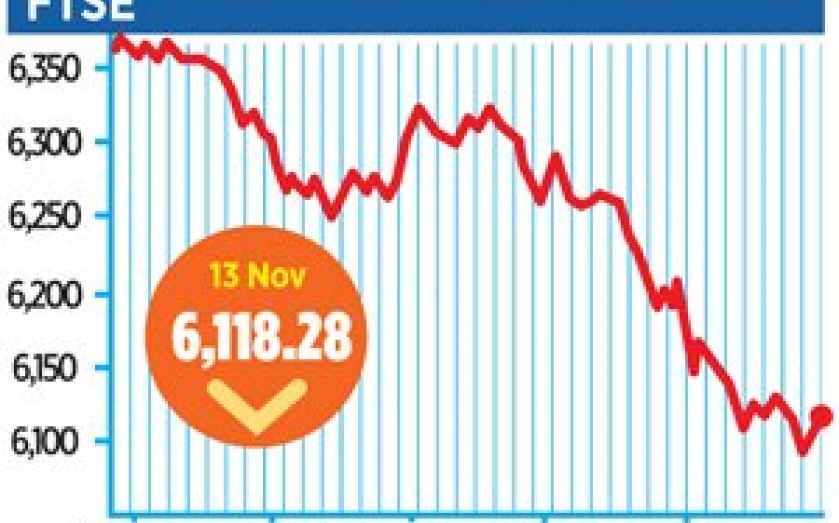 MARKETS across Europe will be looking to recover lost ground this week, following UK and European stocks recording their worst performance since late August last week, due to falling mining shares chipping away at blue chip FTSE 100.

Tomorrow EasyJet will report its full year results, coming off the back of a share price surge and a strong summer.

In September the airline posted an unexpected profit upgrade for the year to between £675m-£700m from £620m-£660m due to a rise in people jetting off abroad and low fuel prices, surprising investors after French strikes forced a profit warning earlier in the year. The firm is also expected to comment on the effect of the Russian plane crash in north Sinai and subsequent grounding of its flights in and out of Sharm el-Sheikh.

Analysts at Morgan Stanley have predicted revenues of £631m and a two per cent fall in earnings.

Enterprise Inns is set to sell off around a fifth of its 5,200 pubs and overhaul almost half of its holdings in the near future to try to turn around its fortunes.

Full year results for Poundland, also landing tomorrow, will see the discounter lay out its plans for the integration of acquired rival 99p Stores.

Price cutting at supermarkets hit back against Poundland in June, when it reported a slowdown in trading.

Also keep an eye out tomorrow for British Land first half earnings, as well as Home Depot’s third quarter.

On Thursday Royal Mail posts its half year results, and analysts are not expecting the parcel delivery war to have eased up on the 500-year-old company.

One final earnings report to watch out for on Thursday is industrial supplier Johnson Matthey’s interim results.

Emissions control technology accounts for almost half of the company’s sales and there may be a knock on effect from the Volkswagen emissions scandal.

The company forecast good underlying growth in a trading update in July, with group sales up eight per cent over the previous year.

The autumn budget is set for 25 November so expect build up to the chancellor’s statement to be a running theme until the big day.