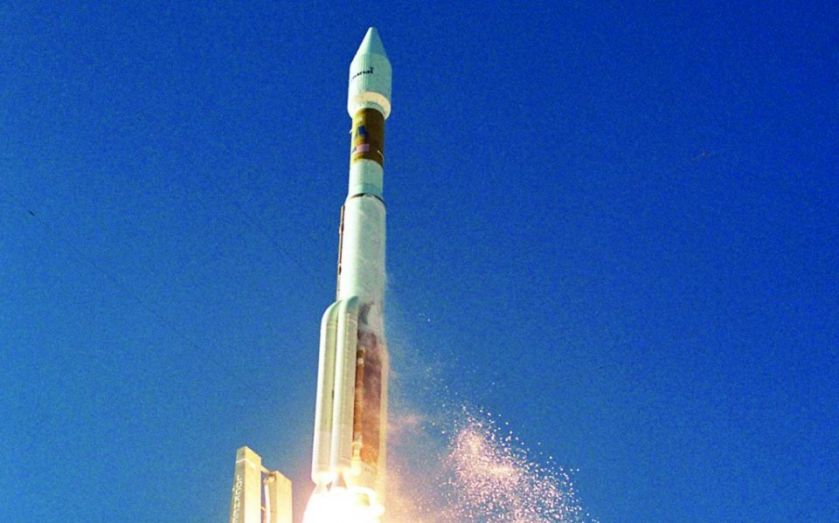 Troubled banknote printer De La Rue is likely to tumble out of the FTSE 250 less than a week after it posted a £20m decline in profits during the last financial year.
The London Stock Exchange (LSE) yesterday announced several potential changes to its indices, with supermarket group Morrisons expected to move from the FTSE 100 to the FTSE 250, in order to make way for satellite network operator Inmarsat to move up to the UK’s top blue-chip index.
Morrisons closed up by 1.83 per cent yesterday, while Inmarsat’s shares were up by 0.6 per cent.
Inmarsat, which is based in London’s Silicon Roundabout at Old Street, has enjoyed a steady upward trajectory over the past 12 months, and reported revenue of $1.28bn (£840m) and profits of $342.3m for 2014.
Meanwhile, De La Rue will now sit in the FTSE Small Cap Index. Shares in De La Rue were down by 0.48 per cent yesterday, closing at 519p. This is markedly lower than the group’s price position last year, when it sat well above 700p, and far below the company’s highest price over the past year, at 875p.
The firm was dealt a blow last week after slashing its dividend to 16.7p per share, taking the annual payout to 25p – down from 42.3p a year before – amid increased competition and cost pressures. At the time, De La Rue boss Martin Sutherland told City A.M. he was “surprised” by shareholder reaction to the company’s performance.
The other FTSE 250 firms likely to move down to the small cap index are BlackRock Mining Trust and RPS Group.
FTSE Small Cap companies potentially moving up to the FTSE 250 include Aldermore, Auto Trader and B&M European Value Retail.
The LSE’s FTSE Emea Committee will review the new positions today, with a decision expected to be announced after market close. Those decisions will then take effect after the market closes on Friday.
Share:
Tags: Company De La Rue FTSE 100 Inmarsat Morrison (Wm) Supermarkets