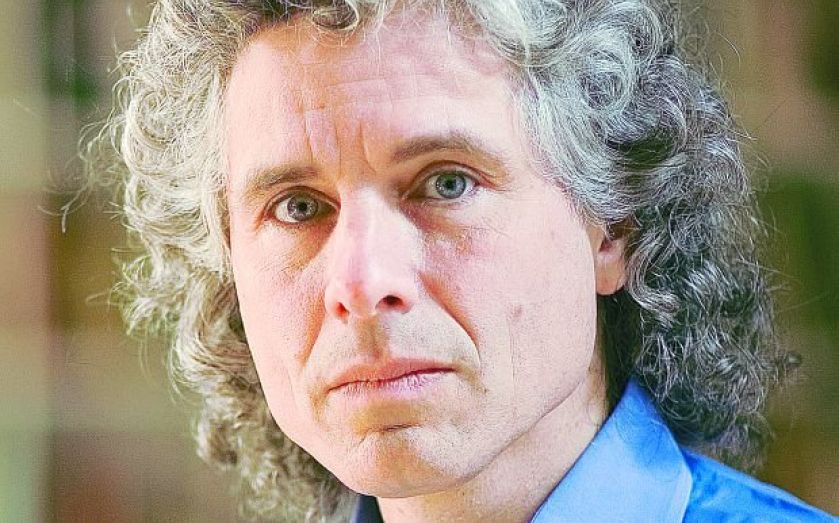 The cognitive scientist tells Harriet Green why buzzwords just don’t cut the mustard.
Business jargon is annoying: “we need to find the synergy here”; “do you feel empowered to do that?” It’s also utterly mystifying. What is a core competency? And how far can you feasibly stretch leverage? Guilty users we may be, but why do we default into this corporatese in the first place? City A.M. spoke to the internationally-acclaimed cognitive scientist Steven Pinker – who’s just published a language style guide, The Sense of Style – and managing partner of language consultancy The Writer, Neil Taylor. We look at their take on management speak, and how you can rid yourself of it.

When you write and speak at work, it’s always satisfying to display what you know. But brandishing expertise, says Pinker, can make your language impenetrable to your audience. “You forget that they aren’t necessarily members of a narrow clubhouse”. It’s difficult, he says, to imagine not knowing something you know, but realising this is a first step to better writing – and communicating more widely.
Another key change is to move away from abstraction. Have you tried visualizing a perspective, or what someone looks like when they’re going forward? It’s okay if you’re aware of what those things refer to, but to the uninitiated, it’s near meaningless. Pinker explains that, because “we don’t really think in words but in images, to understand something, we have to be able to visualise it. People forget that.” He recommends going back to something your audience “can actually see with their own eyes,” to ensure they’ll grasp what you’re trying to communicate.
It’s not that people use jargon to exclude outsiders, he stresses. Rather, it’s “because they desperately want to solidify their position within their company. It’s partly just obliviousness to the fact that people who aren’t your peers know different things, and partly the positive desire to be respected by coworkers and superiors.”

Indeed, Taylor points out that the more insecure your position at work, the greater an offender you can be: “it’s graduates who are most likely to use business jargon.” Pinker adds that “it contradicts the idea that you have to work hard to be impenetrable. Attempting to sound sophisticated comes maddenly naturally – it’s far harder to make your words simple and clear.” It also works the other way around – “it’s the people at the top of an organisation who tend to do it less,” says Taylor.
A similar thing happens around uncertainty in business. People are often loath to acknowledge that they’re not sure of an outcome – “mainly because they’re being paid to reduce uncertainty,” quips Pinker. “Verbiage makes it seem like they’re on top of issues, that they really have an understanding of what’s at stake and what to do about it.”
Is there an easy answer? No, say both – but there is an alternative. “Saying ‘I don’t know’ feels very exposing, but can also be assuring,” says Taylor. Pinker agrees. “Rather than bloviate, saying you don’t know can inspire confidence – particularly because you may know how to find out.” And, he adds, there’s no reason business can’t learn from science: if nobody has a clue, assert yourself by suggesting that how to find out needs to be the focus.

The Writer’s Style Guide
Free
The Writer has launched the first language app for people in business. Designed to help everyone from executives to corporate writers, it offers a definitive guide to pretty much everything you’ll need when writing at work – from apostrophes to split infinitives (and why it’s fine to use them). Along with a style guide, the app also allows you to run a readability check on a given chunk of text. There’s even the option to get in touch with someone at the language consultancy to ask a question.
Share