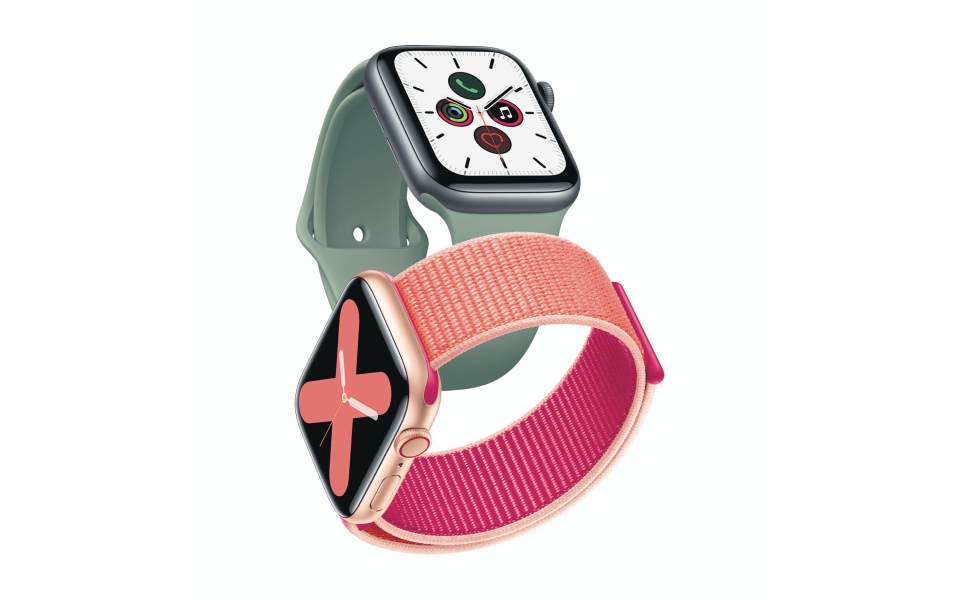 It’s January – misery month – a yawning chasm between paydays offering naught but the freezing grey expanse of winter to look forward to. So you know what that means: it’s time to step into last year’s battered trainers, load up a podcast and get running again.

To help keep you motivated, here’s our pick of the best fitness gadgets of 2020, from the best earphones for running to a water bottle that obliterates bacteria with light.

These sports-focused wireless earphones from Apple-owned Beats not only sound great but look the part too, with a discreet clip-on design that fits snugly and never comes loose, even when you’re really going for it. Jump over a fence, backflip off a bridge, cartwheel into a bush – these guys aren’t leaving your earholes. £220, beatsbydre.com

These wireless headphones use bone conduction technology to transmit audio directly into your skull by vibrating the bones in and around your ear, which isn’t even nearly as dangerous or frightening as it sounds. The effect is spooky, like hearing voices in your head, but leaves your ears open to surrounding environmental noise and so keeps you safer whenever you’re running near traffic or tiger enclosures. £150, aftershokz.co.uk

Also Read:
Stay on top of your game with the best health and fitness gadgets of 2020

Don’t let the pretty models on the brochures fool you, running is sweaty business and you should look like absolute dog mess when you’re doing it. The CX Sport wireless earphones recognise this, and so are splash and sweat resistant. Drip as much of your human brine over these guys as you like, they’ll never give up. As well as hardy, they’re the best sounding sports earphones you can buy at this price, thanks to Sennheiser’s class leading drivers. £119, sennheiser.com

One of the first smart watches to feature an electrocardiogram – the type of heartrate monitor that produces that distinctive bleeping line you’ll recognise from Casualty – the Withings ECG can detect heart conditions such as arrhythmia and atrial fibrillation. AI-driven fitness tracking automatically kicks in whenever the device detects that a workout has begun. Unlike the Apple Watch, the ECG must be performed manually each time – catnip for hypochondriacs – and the watch won’t ping you a notification if it notices a dicky ticker. But in its defence, it’s a stylish piece of go-anywhere wristwear, with a neat and clutter-free face that pairs with any outfit. £130, withings.com

This multisport monster does pretty much everything a fitness wearable could feasibly do. It monitors your heart rate, your altitude, your pace, your gradient, your lactate threshold and your maximal oxygen uptake. It shows you animations of exercises to help you figure out new routines, it comes preloaded with maps of 41,000 golf courses and 2,000 ski resorts. The Fenix 6 is so overloaded with features and functions that it’s a wonder you can’t just take it off, place it on the ground and let it go running all by itself. From £529, garmin.com

Also Read:
Stay on top of your game with the best health and fitness gadgets of 2020

Apple’s latest iteration of its category-leading smartwatch features an always-on display, which will help you out when you’re legging it through the 20th mile of your marathon and can no longer lift your arms. If you’re having a particularly torrid time of it, you can even stop running and check you’re not having a heart attack using the electrocardiogram feature. Health concerns aside, it’s a brilliant all-round smartwatch with heaps of third party apps, including dozens designed to help you run faster. From £399, apple.com/uk

Chinese telco giant Huawei isn’t having a terribly good time of things on the world stage right now, but if anything the air of potential corporate subterfuge just adds a certain frisson to its range of high-end smart watches. The Huawei Watch GT 2, as well as giving you a very small role to play in an ongoing international trade dispute, is powered by the company’s own LiteOS operating system. This means it’s lacking in third-party apps available to Android and Apple watches, but the premium hardware and glut of bio-sensors make up for this lack of expanded functionality. £199, huawei.com

Step on to these smart bathroom scales and – by running an imperceptible electrical signal through the base of your feet – the scales will measure and beam all of your body’s essential stats to your phone. Weight, fat percentage, water percentage, even bone mass can be tracked and graphed over time, providing valuable insights into your fitness levels. £69, withings.com

This high-tech bottle periodically blasts your water with the same ultraviolet light used to sterilise operating theatres, destroying the harmful bacteria that builds up in regular bottles and causes the dreaded bottle stink. It also keeps hot things hot and cold things cold, and has a special adventure mode designed to tackle water taken from rivers and lakes. £95, livelarq.com

Strap this to your abdomen before you run for more accurate heart rate monitoring than you’d get in a regular fitness watch. The MZ-3 transmits live data to your wrist or phone, and measures effort as well as overall fitness, making it ideal for novices and pros alike. It has built in memory too, so you’re free to leave your phone behind and upload your metrics afterwards. £130, myzone.org