Springbok spicing up the wine market 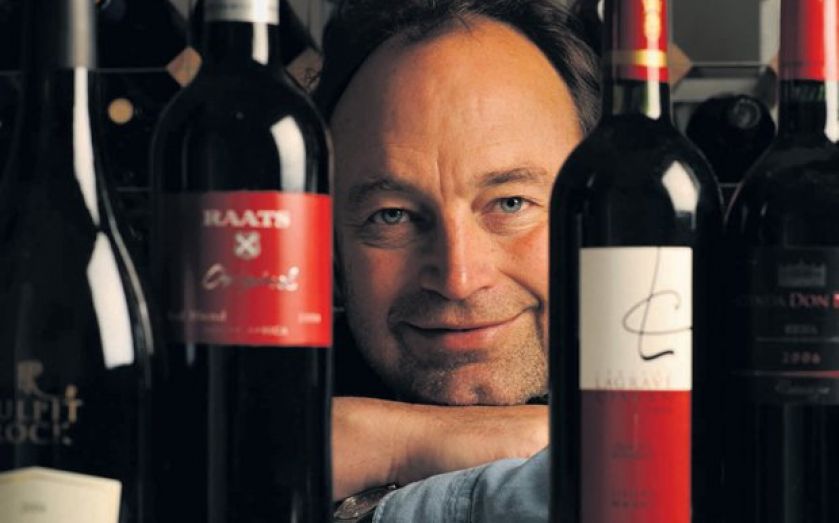 THE DAYS of the wine snob – so brilliantly caricatured by Richard E Grant’s the Hon Simon Marchmont in the BBC’s Posh Nosh – could be coming to an end. It’s an industry long characterised by an assumption that, for a wine to be good, it must be expensive. But Rowan Gormley, founder of wine website Naked Wines, is on a mission. “We’re stripping away the Emperor’s New Clothes. We don’t give descriptions of cigar leaf or bicycle saddle, because that is meaningless.”

VIRTUOUS CIRCLE
His business is a boutique online retailer whose customers (or “angels”) invest over £2m each month towards future orders. Naked Wines then uses this money to fund independent winemakers in return for exclusive wines at wholesale prices – which are then passed back to the consumer. It’s what Gormley describes as a “virtuous circle,” with everyone getting “more for less. The bizarre thing about the wine industry is that the only way people make money is either by screwing the winemaker, or by screwing the supplier. We’ve created a business where both come out ok.”

The customer-funded business saw its turnover pass £60m in 2013. In the past 12 months, 68,500 new “angels” have come on board, taking the total to 200,000. To Gormley, the concept was simple. “We looked at what the industry was doing, and did the opposite. It was December 2008 and Lehman Brothers had just collapsed – to make it a success, we knew we had to be radical.”

The company is backed by the German Pieroth family, which covers any losses. The family has a $600m (£365m) business selling wine door-to-door and, when it looked to expand, Gormley’s proposal provided the perfect opportunity. “In comparison to raising money through banks and venture capitalists, it’s been amazingly trouble-free and straightforward.”

NEW BEGINNINGS
He’s come a long way since qualifying as an accountant at Arthur Andersen in South Africa. From there, he moved into private equity in the UK, before Richard Branson offered him a job. “On my first day, he asked how he could grow the Virgin brand. I suggested financial services, and Virgin Money was born.” On the side, Gormley founded Orgasmic Wine, later sold to Virgin. When it was then sold to competitor Laithwaites, “there was a change of management and I fell out with the new guy. I got fired. And it was the best thing that has ever happened to me.”

Gormley says he’s no wine connoisseur, and would enjoy a £4 Spanish rose just as much as a £400 Bordeaux rouge. It’s a confidence that comes following a decade in the industry. “People don’t feel self-conscious about a lack of knowledge on coffee or motorcars, but they do about wine.”

The Virgin Wines experience taught him the basics. “The key thing I realised is that, while everyone thinks quality must come with a hefty price tag, it’s simply not true.” Champagne is the biggest offender. “Do a blind tasting comparing a big brand champagne with an £8 Italian prosecco, and nine times out of ten, the latter will be more popular.” He finds the British willingness to overpay for mediocre wine because it has the right label baffling. “The UK is one of the most sophisticated wine-drinking populations. Yet people turn their noses up at anything they don’t recognise.”

UPHILL STRUGGLE
Naked Wines was an appealing proposition for customers, particularly in the middle of a financial crisis. The wine trade, however, was less easy to convince. “They’ve been stung before. Large supermarkets have an unfortunate habit of advertising for wine in huge volumes, forcing suppliers to lower prices as they vie for the business. But then the retailer will only sell 10 per cent of the stock, and insist on doing a promotion to sell the remaining 90.” Not all supermarkets are like this, but for every honourable exception, Gormley sees an unhealthy list of supermarkets failing to deliver what they’ve promised. So it took three long years, but now it’s the winemakers who are approaching him.

After a rise in group sales of 67 per cent over the Christmas period, Gormley is in no doubt that online retail is on an unstoppable march. “Not only that, but business is changing. Traditional models are being challenged. We’re doing it in wine, Made is doing it with furniture, and Unbound is doing it with books. Think of how much average companies spend on sales and marketing, a cost that is then passed onto the consumer. We’re being paid to be sold to. It’s crazy.”

In other good news, British bubbly may have finally arrived – it was Naked’s top performer over Christmas. “People have been waiting a long time for English sparkling wine to taste nice,” he chuckles. “And it finally does. At last, England has depths of winemaking talent, and the vines have matured. It’s a delicious product.”

CHARMED LIFE
Gormley may describe Naked’s short existence as “charmed,” but he has suffered his fair share of setbacks. Just last week, for example, 2,000 cases of wine, worth $100,000, were frozen in Ohio during the polar vortex. It’s why Gormley says budding entrepreneurs must learn never to give up. “The life of an entrepreneur is not like Mark Zuckerberg’s. It’s about facing disappointment when things don’t work, picking yourself up, dusting yourself off, and cheering up everyone around you. But if you never quit, you will get there.

But Gormley has already arrived. “You may think this unambitious, but I don’t have a turnover target. I wanted to create a company that would make luxury wines accessible to normal people. We’ve already invested £42m in winemakers since 2008, and will invest a further £50m this year. We’re there. If it gets bigger from here, great. But the need to get bigger doesn’t excite me.”

What does excite him, however, is replicating his business model in other industries. “I don’t see why it couldn’t work in cheese, or music, or travel,” he muses. “We’re thinking about it.”

Job title: The guy with the purple teeth

Studied: Business and Accountancy at the University of Cape Town

Drinking: Wines made without compromise

Talents: I recently completed a very hard level of Candy Crush without any boosters..

Motto: “If you need a motto to remind you of something important, it’s probably not that important in the first place”

Heroes: Outside of wine, Nelson Mandela, for never taking revenge for the wrongs done to him

Most likely to say: “Treat your customers best and they get even better”

Least likely to say: “Before testing that theory, I think we should form a committee to regroup and ideate”