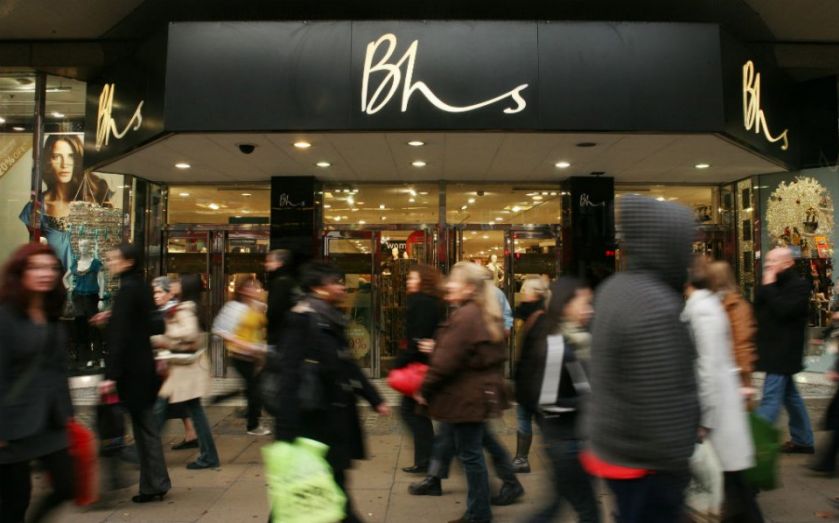 It’s a rare day when retail mogul and the official patron saint of lost causes Sir Philip Green decides to throw in the towel.

The tycoon’s decision last week to back out of BHS after 15 years of ownership and offload it to a previously unknown group of investors for £1 set the City’s retail sector abuzz about the fate of the once mighty high street stalwart, which has 11,000 employees.

The new owners, the previously unknown Retail Acquisitions, emerged out of nowhere to take control of the group – an eyebrow raising feat given the investment vehicle was only founded last December.

The firm is led by chairman Kevin Smith, a former city financier whose best known work was the float of Langbar International; the largest shareholder, Dominic Chappell, is a former Le-Mans racing driver.

Given little else is known about the new BHS owners it is unsurprising analysts remain sceptical about the prospects of the ailing retail chain.

“There is no doubt Green would not have sold it if he did not have to. If he couldn’t do it I don’t know who else could,” Clive Black of Shore Capital told City A.M. yesterday.

He added that BHS, which has 171 stores, was “in the wrong place at the wrong time” and shed doubt on whether its new owners would have the capacity to turn it around.

“Sustaining the brand will be hard. It is very hard to see how they will pull it off,” he added.

Jonathan De Mello, a consultant at Harper Dennis Hobbs, added that the only salvation for the company lay in its property portfolio.

“For my mind disposals have to happen,” he said, “There will be staff cuts and stores closed.” He added: “As a brand there is not much to salvage. There is a lot of prime retail estate which a lot of retailers want, with discount retailers such as Aldi and Lidl expanding very fast. A best win would be selling to them.

“Their Oxford Street store is the first thing I would get rid of. It is worth probably 20 per cent of their entire portfolio. Their freeholds are also prime locations for developers, which could raise a lot of money.”

De Mello was even more downbeat about the brand itself, saying: “To be honest with you, it’s a lost cause.”

Instead, De Mello thought they would have to work through new products, but questioned who they would be targeted at, saying the chain had lost the battle to retain the young to Primark.

While analysts remain sceptical about BHS under the stewardship of Retail Acquisitions, events may soon unfold to alter the picture.

There still remains a question over whether any debt was sold off prior to the acquisition. Around £100m of pension debts have supposedly been transferred to the new owners despite the chairman of the BHS pension scheme Chris Martin last night telling The Guardian that the scheme deficit is likely to be higher than £100m.

Previous investors lining up to take a run at a purchase of BHS were American hedge fund Apollo Global Management, through its retail fund Alteri.

Apollo Global Management has form when it comes to acquiring distressed companies through the purchase of their debt.

A source close to the company, speaking on account of anonymity said “nothing is settled yet”.