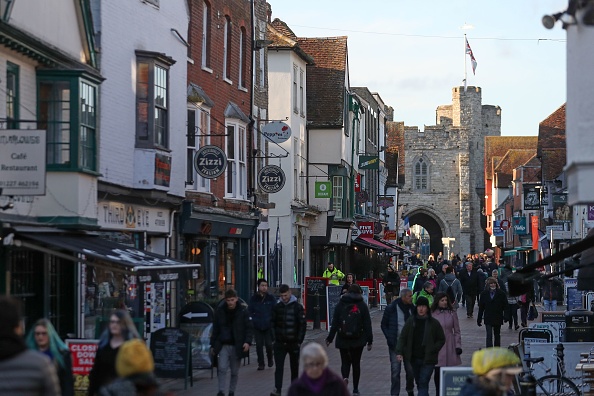 Small business owners are feeling increasingly negative about their prospects in the face of Brexit, a rising minimum wage, and pensions and tax changes, according to a survey.

Seven in ten firms do not expect things to get better in the next three months, while four in ten expect them to worsen, a survey from the Federation of Small Businesses (FSB) has shown.

FSB national chairman Mike Cherry said: “Small business owners are increasingly being left with our heads in our hands as we’re hit on all sides by fresh costs, reporting requirements, political uncertainty, and the re-emerging threat of a cliff-edge no-deal Brexit in just 20 weeks’ time.”

The likelihood of a no-deal outcome has risen as Conservatives vying to replace Theresa May as prime minister have played up their hard Brexit credentials.

Yet small businesses are also concerned about the introduction of “Making Tax Digital” – the government policy to take all tax submission online – and higher auto-enrolment pension contributions for employers, among other issues.

The FSB’s quarterly small business index (SBI) – which measures confidence among such firms – stood at minus 8.8 in the second quarter of 2019, down 22 points year on year.

It was the fourth consecutive negative reading, a first for the index since it was launched in 2010.

The FSB’s survey showed seven in ten small firms say the cost of running their business is rising. Almost 50 per cent of these said higher wage costs were a main cause of the increase.

A third of businesses polled said regulation was a primary cause of higher costs, a 12 per cent rise in two years.

Cherry said: “With attention switching to the race for Prime Minister, we need all candidates to set out their plan to back entrepreneurs and address the mounting challenges they face.”

“Increasing tax, regulatory and employment burdens are weighing heavy on small businesses, making it harder for us to hire, export and expand,” he said.