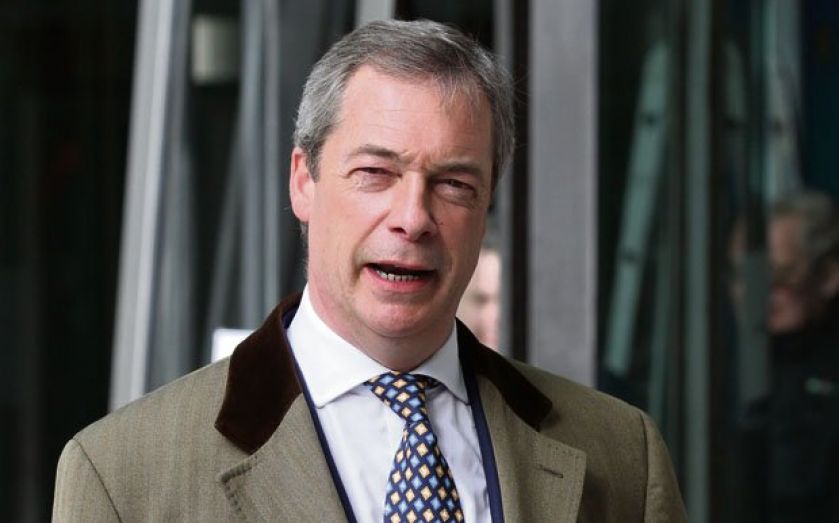 THE CORPORATION has never been less fashionable. Politicians are falling over themselves to tell voters how they will constrain, bully and regulate large companies. It makes sense. The polls tell them that trust in the corporate world is at derisory levels. A recent Populus survey found 61 per cent wanted the government to be tougher on big business.

But the malaise runs well beyond fickle politics. Speak to anyone working in higher education and they will tell you that their brightest undergraduates would rather eat glass than become a tiny cog in a giant conglomerate: the spirit of youth is now all about startups not the City.

This zeitgeist is spreading to every age group. The number of self-employed has increased by 30 per cent in the last decade to reach 4.6m. Why? Because, as RSA research revealed, over 80 per cent say that it is the only way they can achieve the higher levels of autonomy and creativity they want.

And these trends are not confined to the workplace. Companies like Etsy and Ebay thrive because they provide a platform for customers to find that small specialist provider with the authentic human touch which is so desired today.

Chief executives can console themselves with the thought that they are far from alone. A turn away from the big and towards the small is also happening in politics.

In the 1950s, the two main parties could boast almost 4m members and the allegiance of around 95 per cent of the electorate. Today the figures are 320,000 and 65 per cent. While the average voter turns to smaller parties, more active citizens prefer highly focused online campaigns or look to social enterprises and community action to effect change.

Culturally and socially, we are also embracing the small. Each new technological advance is seized as an opportunity to break from the standard and large and opt instead for the unique and personal. We once marvelled, for example, at the sudden explosion of cable television channels. We now wonder how they can compete with the dizzying range of opportunities to consume and produce content generated through platforms like YouTube.

As I explain in my forthcoming book, Small is Powerful, we are witnessing the death of a consensus that insisted big was beautiful for most of the twentieth century. By the 1930s, it was accepted that the concentration of power and wealth in the hands of corporate boards and government ministers was the best driver of progress. Many commentators of the day even feared that Soviet Russia could outpace the capitalist democracies precisely because it had concentrated much more ruthlessly.

While this consensus could deliver secure work, economic stability and a fair share of prosperity, the extreme hierarchy and control was tolerated. But that is no longer the case and, in all likelihood, never will be again.

Does this mean that the days of big government, big business and big culture are numbered? Not entirely. Big still has its advantages, if not quite the range of benefits we once believed. But changes are needed if large organisations are to adapt to a new small world.

Artificial attempts to prop up corporations must end. There is no quicker route to a deeper malaise than using political muscle to defend the big. If smaller organisations can meet consumer and employee preferences then they should not face disadvantage in the market. The best place to start would be to review the £17bn in subsidies and grants Kevin Farnsworth of Sheffield University has calculated the British state will hand out to business this year, much of it going to large firms. But there are a range of other areas such as tax, public procurement, competition law and IP that are also ripe for reform.

If they are to stay ahead of the small trend, corporations must reset relationships with their employees. Performance management has sucked the life out of workplaces: the premium must be on building trust between a company and its staff so both feel free to let autonomy and creativity flourish. The more that large firms see themselves as an alliance of entrepreneurs and less as an army of drones the better.

And the same principle applies to customers. They increasingly expect companies to provide them with the tools not just to customise products but to create them for themselves. The successful corporations will be those that understand themselves as a big platform for the millions of small initiatives launched by their customers.

Adam Lent is director of the RSA’s Action and Research Centre. You can back the crowdfunding campaign for his book Small is Powerful: Why the era of big business, big government and big culture is over and pre-order a copy at unbound.co.uk/books/small-is-powerful @adamjlent