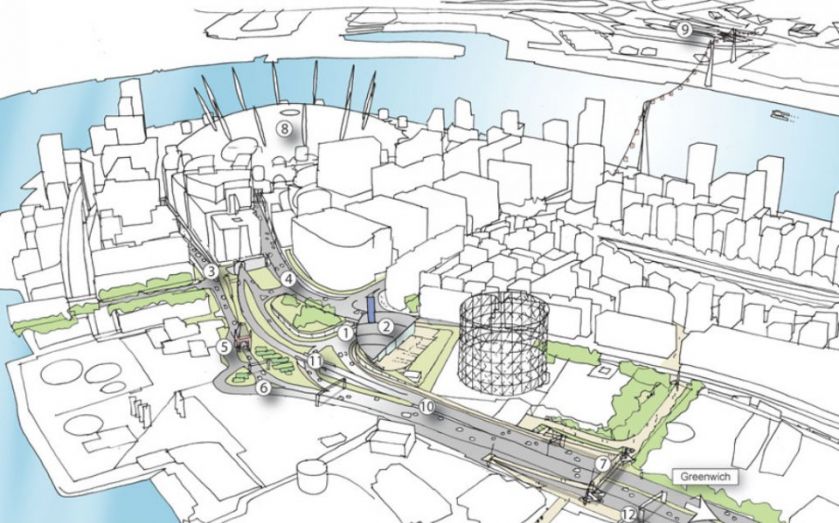 Plans for the Silvertown Tunnel, a new river crossing in the east of the London, are being opened up to the public.

Transport for London is seeking feedback from locals and other interested parties with a new consultation on the connection between east London's Royal Docks and Greenwich Peninsula.

The £750m tunnel, which is expected to start construction in 2018 if given permission, would ease the burden on the Blackwall tunnel and the area which is under-served by river crossings.

An initial consultation pegged support for a new crossing at 80 per cent, however, campaigners say the tunnel, which could be in use from 2022, will add to pollution and congestion.

Transport for London says the tunnel will support thousands of new homes and jobs and serve a growing population. East London is expected to experience the biggest rise in residents.

"Delivering a host of new river crossings to the east is essential for the future success and prosperity of a growing capital city like ours," said London mayor Boris Johnson.

"They have the power to unlock areas for development, creating jobs and new homes, as well as helping to better connect people, businesses and communities. The Silvertown Tunnel is a hugely important piece of new infrastructure that would provide a new link beneath the Thames from two of our city's great opportunity areas for new homes and jobs – Greenwich Peninsula and the Royal Docks‎," he added.

The consultation will run until 29 November and feedback will inform TfL's submission for planning consent.

Here's what TfL is proposing.