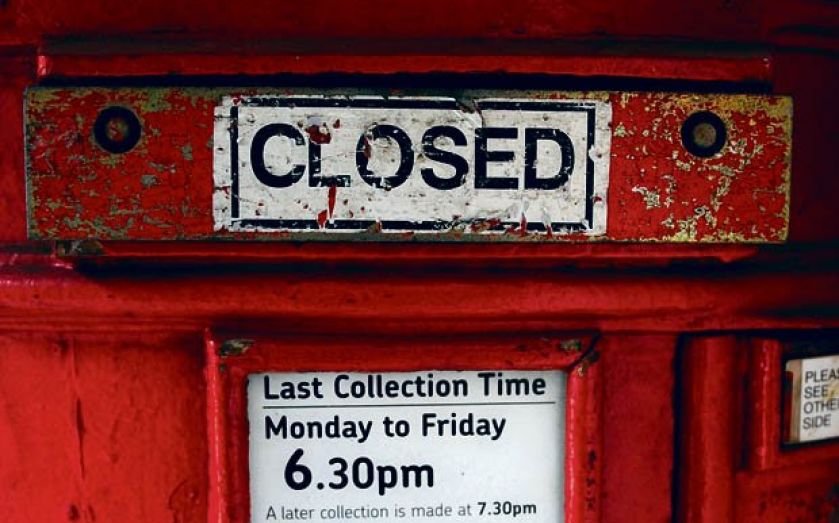 ROYAL Mail will this morning be privatised in a deal worth £3.3bn – but tens of thousands of private investors will miss out on shares in the postal service due to extraordinary demand and a controversial allocation policy.

Around 40,000 individuals who each applied for more than £10,000 worth of shares last night discovered that business secretary Vince Cable had taken the highly unusual decision to give them no stock at all.

Those who applied for smaller amounts were also left disappointed when the government confirmed that the remaining 690,000 would-be investors are to receive a share allocation worth just £749.10 each.

A grey market operated by spread betting group IG suggests Royal Mail shares will jump 23 per cent today, meaning even small investors could be left with an instant £172 profit.

Ministers had hoped to avoid a 1980s-style privatisation rush for shares and allocated just a third of the available stake to retail investors. But brokers were overwhelmed with demand following claims that the government had substantially undervalued the company.

Individuals and institutions collectively bid more than £40bn for £1.7bn of available stock in the postal service.

Richard Hunter of broker Hargreaves Lansdown said the allocation policy was a “great disappointment” and called on the government to set aside a greater proportion of shares for retail investors when it comes to offloading the nationalised stakes in RBS and Lloyds.

One investment banker, who asked not to be named, said ministers should not have punished those who were most committed to the deal.

“The government seems to be playing games with anyone keen to make a serious investment in the Royal Mail,” they said. “One wonders what might happen on any future privatisation IPO when they need to encourage retail investors in greater size?”

It is understood that many of the individuals who missed out altogether had bid for exactly £11,520 worth of shares in order to fill their entire annual ISA allowance.

Several brokers privately expressed fury at the government’s policy, having been led to believe large allocations would be scaled back on a proportionate basis. One broker said they would now attempt to convince clients that cash originally destined for Royal Mail shares should now be invested in other high yield shares.

Despite fierce union opposition to the privatisation deal all but 368 of Royal Mail’s 150,000 staff have accepted the free shares in the company worth around £2,200 each.