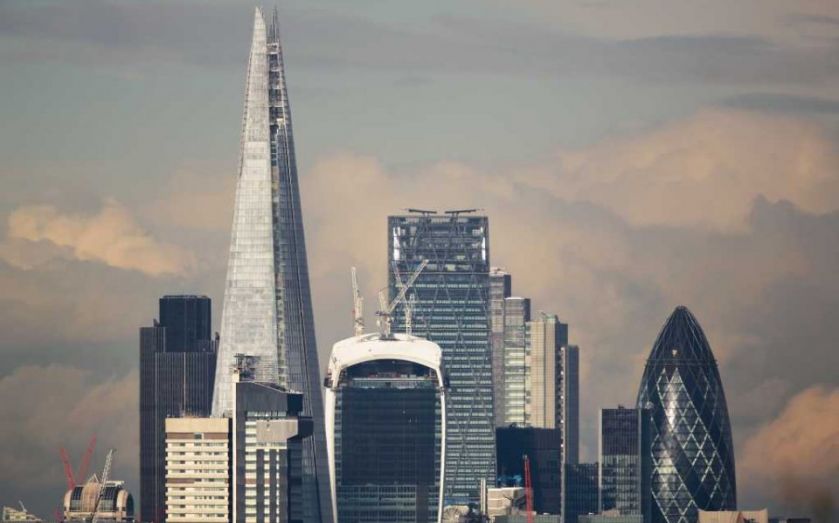 Trust is the foundation stone of all transactions. We traditionally rely on meeting people and building trust over time, but in an on-demand world, we don’t have the luxury of being able to wait. We’re moving from a world where people tend to know each other and interact with a few individuals, to a world where we are constantly interacting with perfect strangers.

Only the foolish (or recklessly brave) move a transaction forward without believing the other party is one they can place their faith in.

The way consumers vet companies and, in turn, companies vet employees has remained fundamentally unchanged for decades. Experience has taught us what signs, signals or reference points can help us understand if a company or person can be considered trustworthy.

The dramatic rise of the sharing economy has changed the game. In a world where people are using nothing more than a smartphone to setup as cab drivers, handymen or landlords, how do consumers know who they can trust?

For all its strengths in connecting and coordinating people, a potential stumbling block for the continued growth of the sharing economy is winning the trust of new customers.

In 2014 PwC predicted that the sharing economy (also called the on-demand economy) will boost UK coffers by up to £9 billion by 2025.

The spotlight for this economic revolution tends to shine on international flagbearers such as Airbnb or homespun successes such as Hassle.com or Love Home Swap. Yet behind all these firms, working outside the limelight, is an array of companies laying the foundations that power and facilitate this new way of doing business.

They are in effect the ‘support layer’, or bedrock, of the on-demand economy and they have a crucial role to play in ensuring that consumers know they can trust sharing economy platforms.

It is this support layer that is helping to modernise sectors – such as payments, background checking or identification verification – that can move at pace more suited to a world operating with snail mail and stamps rather than twitter and smartphones.

For instance, as more people tap into sharing economy platforms to find work it is vital that sharing economy platforms are able to quickly verify the identity and potential adverse information such as criminal records of workers. If this process is too unwieldy, expensive or error-prone it has the potential to grind a company to a crashing halt and destroy consumer confidence.

With the workforce of the future increasingly operating within the framework of the on-demand economy it is essential process such as these operate in a way fit for the digital age.

Call to arms for greater cooperation

In November 2014 an independent review into the sharing economy, commissioned by Matthew Hanckock, Minister of State for Business, Enterprise and Energy, recommended that the identity verification system GOV.UK Verify, be opened up to private sector services.

Furthermore, acknowledging that criminal record checks are costly and can take weeks to process (and are produced in paper, not digital form) it also called for the Disclosure and Barring Service to fully digitise criminal records checks – thus making the checking process quicker, cheaper and less prone to human error.

Acting on forward-thinking initiatives like this will allow third-party firms to design automated solutions that enable sharing economy platforms to more easily transverse the bureaucratic obstacles they face when dealing with the logistical side of growing a business.

Indeed, the benefits from digitising and automating processes such as this will have a knock on effect across the wider economy. Less red tape, faster processes and cheaper costs benefits all of the private and public sector, not just fresh-faced start-ups.

Cut the red tape to free up creativity

There is no doubt the sharing economy is booming and holds great potential for the UK. But no matter how attractive, innovative or cheap a new service is, unless consumers trust it then it will fail.

Referencing social media may be a simple, quick guide for customers when it comes to see the trustworthiness of a potential cab driver or home worker, but star reviews don’t replace legal checks – trust must be authenticated.

To expand beyond early adopters and the tech-savvy, action is required to ensure that start-ups aren’t tangled up by restrictive and expensive paper trails more suited to the 20th century than the 21st century, particularly in areas such as background checking.

In the UK we are seeing some superb innovation from companies looking to automate antiquated systems of working and they are helping the headline grabbing stars of the sharing economy to thrive and operate at a speed suited to today’s world.

Support from government bodies and agencies in the form of opening up critical resources to third-parties and digitising processes still stuck in paper form will encourage innovation and help eliminate needless time and financial waste.

Furthermore, the benefits will bear fruit well beyond the blossoming pastures of the sharing economy.

Husayn Kassai is CEO and Co-Founder of Onfido.