Shakespeare on advertising: BT hit the back of the net with Hope United campaign 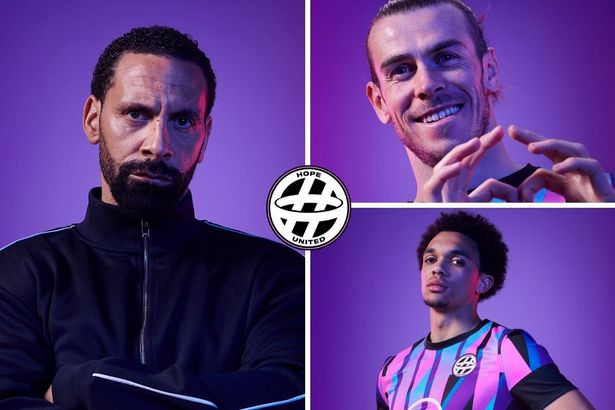 Internet harassment has been a major topic of public conversation in recent months. Nadia Whittome MP recently announced that she would be taking time off work after receiving death threats on social media, and sports stars such as Neal Maupay and Marcus Rashford have spoken out about the barrage of “vile and toxic abuse” they receive for simply doing their jobs.

Data from YouGov BrandIndex shows that viewers paid attention to the campaign. Between May 24 and June 1, Ad Awareness scores – a measure of whether consumers have seen a commercial in the past two weeks – increased from 12.1 to 21.3 (+9.2): likely buoyed by an airing during the Champions League Final (broadcast on BT Sport) on May 29. Word of Mouth exposure, which tracks whether people have discussed a brand with friends and family, doubled, rising from 2.8 to 5.7 (+2.9). 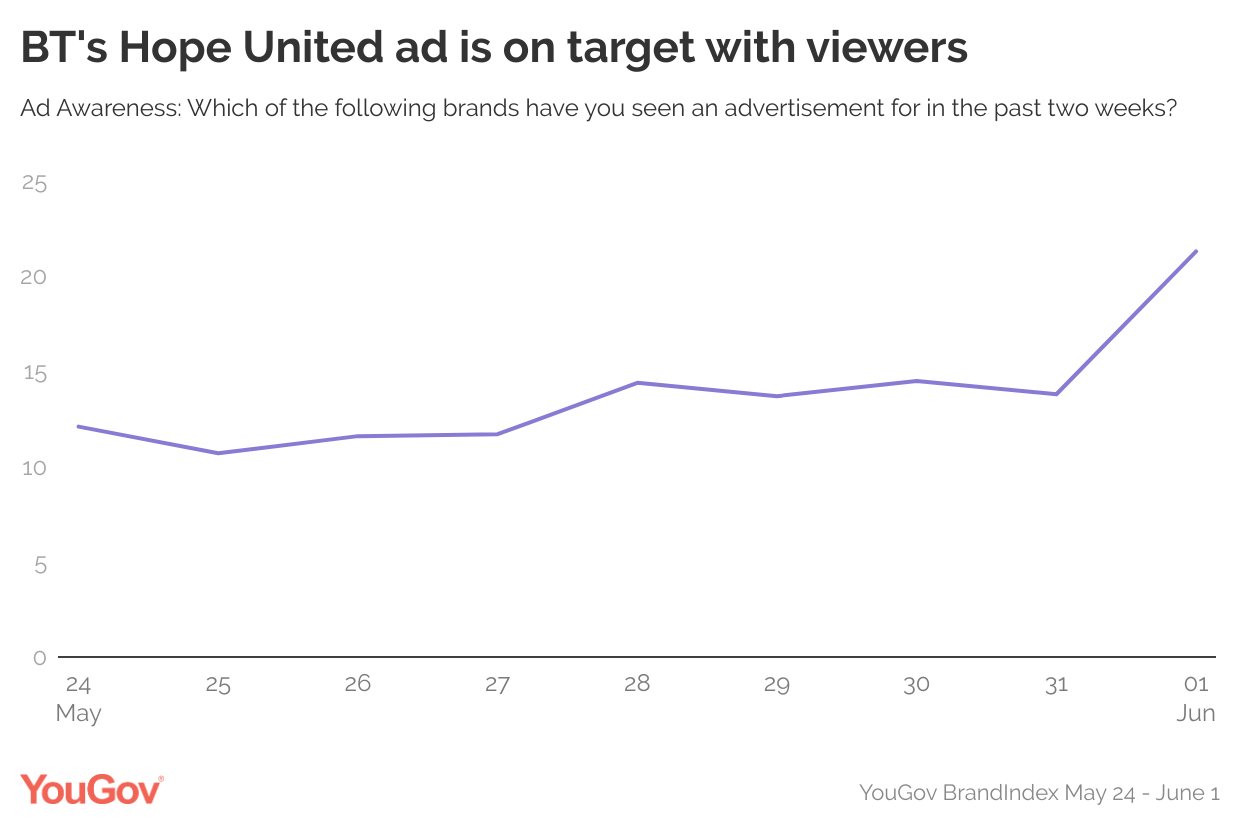 So viewers have clearly got the message. And there’s evidence that BT has benefited in other ways. Over the same period, Impression for the brand – which tracks whether consumers have an overall positive or negative view of a particular company – tripled from 2.9 to 10.2 (+7.3). BT’s Recommendation scores climbed out of the negatives, rising from -0.3 to 5.3 (+5.6), and Consideration, which measures whether consumers would go for a brand the next time they’re in the market for a particular product or service, saw a slight uptick, rising from 7.8 to 11.7 (+3.9).

Read more: Trevor Steven: Jack Grealish and Phil Foden can carry England to glory at Euro 2020, but they’ll have to beat classy France

The campaign, which launches in advance of the delayed Euro 2020, is in its early stages, but it has already resonated with parts of the public. Using stars such as Rashford – whose high-profile interventions on free school meals last year made him well-known among sports fans and non-fans alike – has clearly paid off: it has raised awareness of the issue, and improved perception’s of BT’s overall brand.