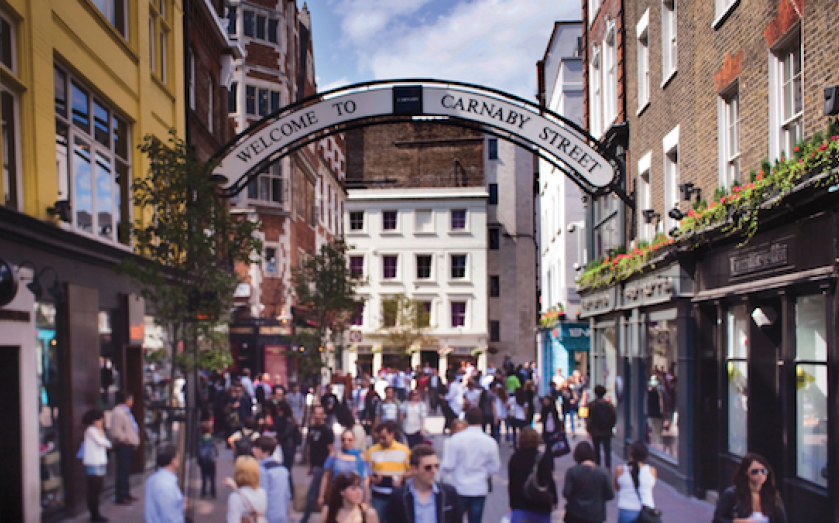 Property firm Shaftesbury has acquired Jaeger House, 57 Broadwick street, for £30.7m. The building is on the eastern boundary of Shaftesbury's ownership of 4.1 acres in Carnaby.

Shaftesbury's holdings in Carnaby and Soho have a combines value of £860m.

Jaeger House was built in 1970 and comprises 24,900 sq.feet of office and retail accommodation along with 37 flats. Commercial tenancies, which expire in June 2015, currently produce rental income of £0.9m per annum.

The acquisition follows Shaftesbury's announcement on the 6 March of the purchase of a long leasehold interest in Newport Sandringham in Chinatown for £54m.

Jaeger House is a valuable addition to our substantial holdings in Carnaby and Soho, which now have a combined book value in excess of £860 million.   Broadwick Street is a few minutes from the Dean Street entrance to the new Tottenham Court Road Crossrail hub.  Our long-term strategy for the building will reflect the growing popularity and importance of this location for businesses, visitors and residents.