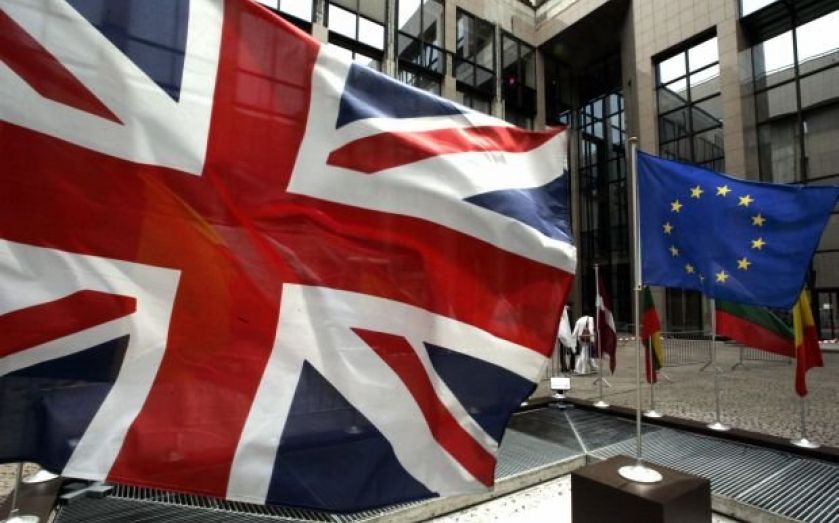 Whichever way you look at it, the £1.7bn EU ‘toll-tax-bill’ is a fabulous win-win-win. The EU gets more revenue, the UK gets an increased rebate and the UK political parties have a PR gift from which to debate what the EU really means for the people and economy of the UK.

The child in me sniggered that the UK’s reported increased financial prosperity – which has driven the increased toll – had been in part made up of our flourishing black market in the sex industry and our enthusiasm for drugs. But it is the clambering and stammering and over-my-dead-body-ness of the politicians that makes this whole story fly like Icarus towards the scorching political vortex.
We all love to hate Europe. We hate (read: are jealous of) its sunny beaches, fine wines, cheeses, liberal stances, long paternity leave rights. We hate blankets on seats outside welcoming cafes, sweet smiling men and women, we hate eye contact, four-week summer holidays, we hate mulled wine – we hate all that is good and lovely about Europe. What we want is to knuckle down to a 98-hour week and, as Monty Python once said, ‘lick t’road clean wi’ tongue’.
The imposition of a big bill from the EU ignites in us something deep. We hate the control; the old imperialists in us want to do what we do and somehow turn the tide that is unturnable. That said, the whole debate does give us one thing, a little own-goal called unity – unity against something.
In branding it’s called a tension, a stance that a brand can take to express itself in the context of its competition. The love or hate of Marmite (vs. just love it); the Just Do It (vs. don’t do it) from Nike; the Drive of your Life from Peugeot (vs. a crappy drive).
Every day I search for a stance or a position from which to elevate brands above and beyond their competitors; a truth from which they can innovate, create, explore, sell – but it is always a truth.
This EU bill is a political brand gift – it fuses skepticism, fear, money, prejudice, and immigration; a backdrop that any brand would love to use to elevate their position as a champion of consumer rights, desire and wants.
As the political debate rages, it matters not that we get a rebate (see that rare but beautiful HM Customs letter offering you a measly £100 rebate, and all hate is gone) in the region of £3bn a year from the EU, it matters not that the EU indirectly supports over 4.2 million UK jobs through exports totaling over £211bn.
The debate over the bill has offered politicians a flimsy stick of an idea from which to stomp and flibble at how outraged one is – but the fact is that it is our prosperity that has lead the charge. We’re doing alright in the eyes of the EU, we signed the deal, we agreed the terms and like any contract the smallprint sometimes bites you on the proverbial.
As Virgin has played British Airways and Samsung mocks Apple, so the political parties will all be able to play and knock each other while all actually believing in the same thing: that to be cajoled into paying a surprise financial ransom is bad.
As for the election campaign, sadly neither the blues, the reds nor the other ones have a voice anyone wants to hear right now. I’d take it back to the grass roots truths like a brand would – tell the story where it matters, where the workers are working, where the exports are benefiting. The story needs telling, as does the reality of EU membership.