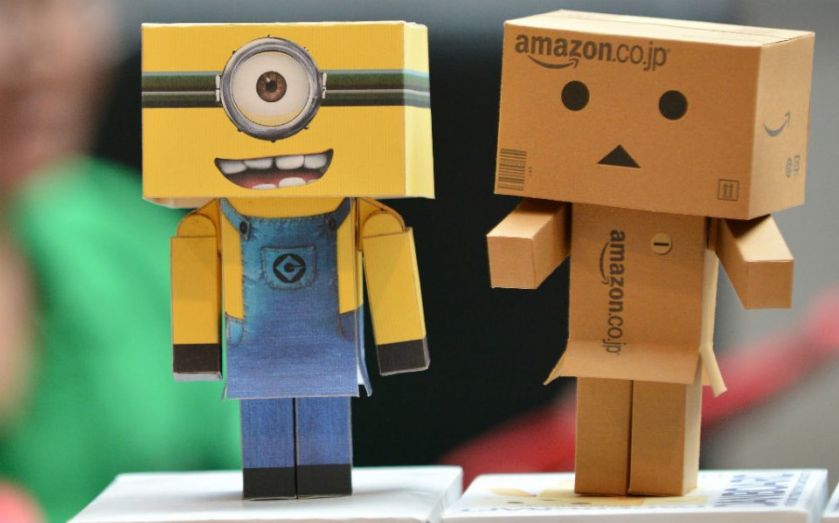 True to form, west Londoners are knocking back the Bolly – while south of the river, residents are sitting back and relaxing with an on-trend adult colouring-in book.

These are just some of the most popular items people pop in their shopping baskets across the four corners of the capital – and if you've always wanted to know who's really buying selfie sticks, the answer is east London hipsters.

They're also buying yoga mats and DVDs (maybe to help them look good in all those selfies), according to Amazon, which has revealed the most popular products being purchased online in a newly released summer research report.

If it feels like everyone moves to the leafier suburbs of north London to have a family, you might just be right. Baby products such as nappies, baby wipes and Bio-Oil (a stretch mark product) are among he best-selling items in the area, as is Lego – although that could just signal the next step in the trend for adult colouring-in books. 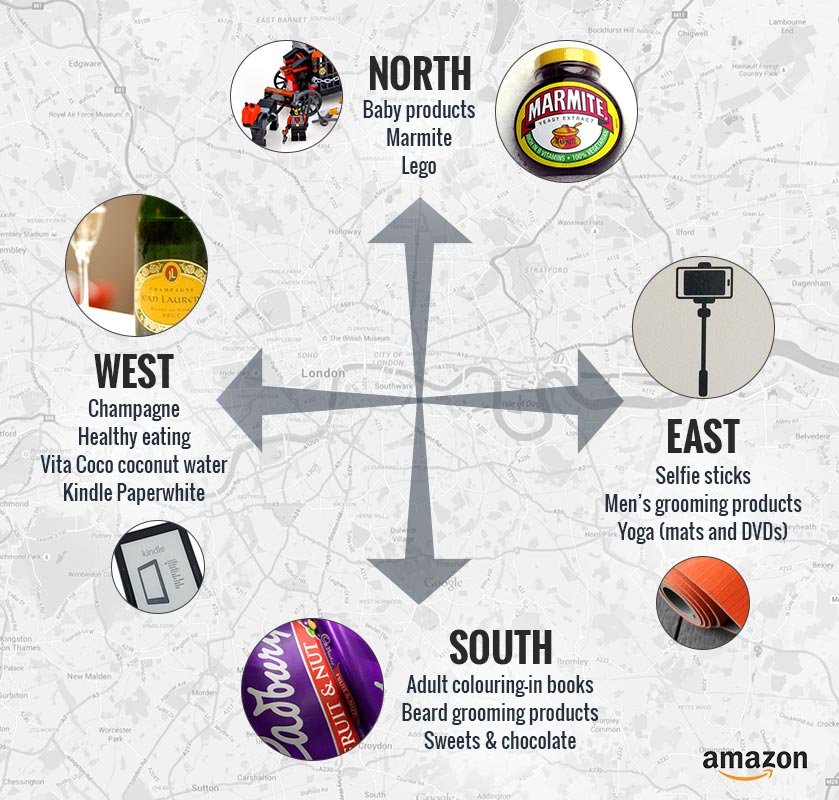 Outside of London, there's a north-south divide when it comes to hot drinks. More PG Tips and Breville kettles are sold oop north more than anywhere else in the UK, while southerners are spending on AeroPress's and coffee pods.

Fifty Shades of Grey is a hit across the UK, but nowhere more so than the Midlands, and over in Belfast, they are the biggest buyers of self-tanning products.

The big trends in shopping so far this year have been grey hair dye – sales of which as much as tripled for some brands – and sewing, thanks in part to the BBC series The Great British Sewing Bee. Sales of sewing items grew by as much as 265 per cent.