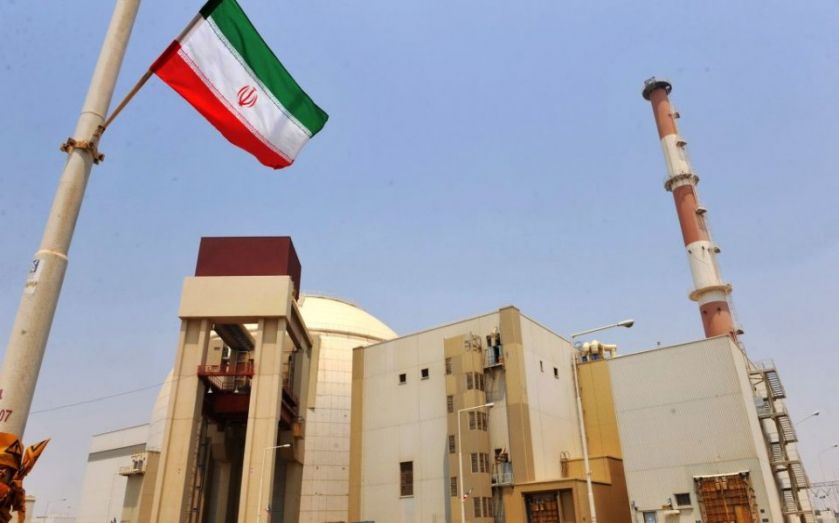 The relief of nuclear-related sanctions on Iran is fast approaching. But for financial institutions seeking to assist clients in taking advantage of the opportunities opening up in the country after the agreement of a deal on Iran’s nuclear programme, the road ahead is fraught with complication.
First, while Sunday 18 October witnessed the passing of Adoption Day, a technical milestone to the relief of sanctions under the Joint Comprehensive Plan of Action (JCPOA) with the P5+1 of the US, UK, France, China, Russia, and Germany, they haven’t been lifted yet. In a release of FAQs, US agency OFAC recalled that “all US sanctions against Iran remain in effect” and “entering into contracts involving Iran or its government before Implementation Day may be sanctionable”. This includes contracts drawn up that are contingent on the implementation of sanctions relief under the JCPOA. A leading provider of sanctions screening data, which many financial institutions draw on as part of their monitoring processes, reportedly prematurely removed over 300 Iranian names from its screening lists.
But the challenges go further. Three months since the signing of the JCPOA, vast energy has been expended debating its merits. A key element considers the sanctions relief scheduled to be granted to Iran once Implementation Day arrives – when the International Atomic Energy Agency verifies Iran has complied with the required nuclear-related measures.
Read more: Iran comes closer to opening economy as parliament approves nuclear deal
Some believe the unfreezing of billions of dollars of offshore assets will release funding for a resurgence of Iran’s international interference through proxies like Hezbollah. Typical of such rhetoric were comments from US senator Ted Cruz, who declared that, “if this deal is consummated, it will make the Obama administration the world’s leading financier of radical Islamic terrorism.”
In contrast is the palpable excitement of industrial firms and their (mainly European) political cheerleaders. They anticipate renewed access to Iran’s lucrative gas and oil markets, as well as its population of 80m people eager to indulge in consumption of international brands once again. In Tehran, expectations of an economic dividend are high, with consumers reportedly reserving spending in the hope of price falls and the arrival of better quality, imported goods.
Much of this postulation is predicated on the willingness of banks to turn on the financing taps once again and to reconnect relationships with the Iranian financial system. Trade finance connections will need to be re-established, project finance loans will need to be agreed, and construction loans will need negotiating – without finance, the economic revival that many hope for, and on which the Iranian leadership has surely gambled, will fail to materialise.
The practicalities are, in theory, straightforward. SWIFT will begin transmitting messages once again, correspondent banking relationships between Iranian and international banks (severed as Iran was frozen out of the international financial system) will be revived, and banks’ internal due diligence and “know-your-customer” procedures will be refreshed.
Read more: Trump: West's deal with Iran will result in a “nuclear holocaust”
Yet despite good intentions and the apparent removal of barriers to trade, and even if the memories of the fines of the past can be explained away, one fundamental issue remains. Iran is described by the Financial Action Task Force (FATF), the global standard-setter for anti-money laundering, counter-terror finance, and counter-proliferation finance, as a jurisdiction from which on-going and substantial money laundering and financing of terrorism (ML/FT) risks emanate. FATF assesses nations’ compliance with its 40 Recommendations. Shortcomings are published and, if deemed sufficiently troubling, FATF calls for nations to take “countermeasures” against the country in question to protect the financial system.
Together with North Korea, Iran sits in the highest category of FATF-assessed risk. At its most recent plenary last month in Paris, FATF once again noted that it “remains particularly and exceptionally concerned about Iran’s failure to address the risk of terrorist financing and the serious threat this poses to the integrity of the international financial system.”
Furthermore, and surely of concern to all those who believe finance will support the Iranian economy and thus the future of the JCPOA, FATF calls on its members “to advise their financial institutions to give special attention to business relationships and transactions with Iran [and]… protect against correspondent relationships being used to bypass or evade counter-measures and risk mitigation practices and to take into account ML/FT risks when considering requests by Iranian financial institutions to open branches and subsidiaries in their jurisdiction.”
Moreover, despite the hoped-for easing of restrictions under the JCPOA, FATF not only advises jurisdictions to consider adding extra safeguards or strengthening those already in existence, but threatens to call for further “countermeasures” at its next plenary in February. Put simply, FATF advises against financial relations with Iran.
For a bank considering re-establishing connections with the Iranian financial system, despite the green light signalled by the JCPOA, it would appear reckless to proceed with anything but the utmost caution. Iran lies at 136 in Transparency International’s most recent Corruption Perception Index, at the top of the Basel Governance Initiative’s ranking of national money laundering and terrorist finance risk, and at 118 in the World Bank’s Ease of Doing Business rankings. Iran’s reengagement with the global financial system is going to take more than the implementation of the JCPOA.