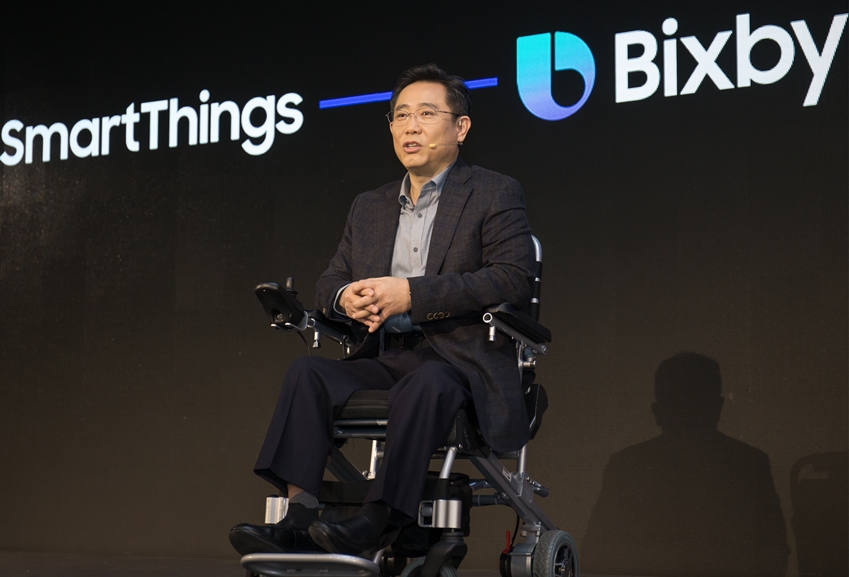 Samsung Electronics has put its faith in its smart voice assistant Bixby, today announcing a pledge to put the software in all of its electronic products by 2020.

The technology, chosen as a rival to Amazon's Alexa, was launched last year via Samsung's top tier smartphone range. The Korean tech giant said at a developer conference today that it plans to extend this not only across its mobile devices and tablets, but also home appliances such as washing machines, fridges and televisions.

First launched in May last year, Bixby was given an update at Samsung's last conference earlier this month where the firm unveiled a third-party developer kit for the programme. Samsung also released Bixby in its first smart speaker, as well as an exclusive partnership with Spotify, in August.

The voice assistant will also be included in Samsung's foldable smartphone that is currently in development, but in a newer iteration than the one currently used in phones today.

Samsung produces 500m electronics products every year, and has previously said it will invest $22bn (£17.1bn) into artificial intelligence products over the next three years.

In order to expand the reach of Bixby, the firm said it will be releasing new languages for the voice assistant over the coming months. It currently operates only in English, Mandarin and Korean.