The Russian central bank has cut its benchmark interest rate again, this time by half a percentage point, to 11 per cent.

The rouble slid 1.38 per cent against the dollar on the news, its lowest since mid-March. There are now 60.6607 roubles to the US dollar.

Russia has been grappling with the effect of western sanctions in recent months, as well as the fall in the price of oil, on which its economy is heavily dependent. In 2013, oil and gas made up 68 per cent of all Russian exports, with crude oil alone making up 33 per cent.

Although the price of oil began to climb in April, since the beginning of June it has fallen again. That's bad news for Russia. Yesterday a survey of economists by Bloomberg suggested if the price of the black stuff falls below $40 a barrel, the country's central bank may be forced into taking emergency measures, with 65 per cent of economists suggesting it would be forced into a rate hike, and 39 per cent saying it could result in capital controls. 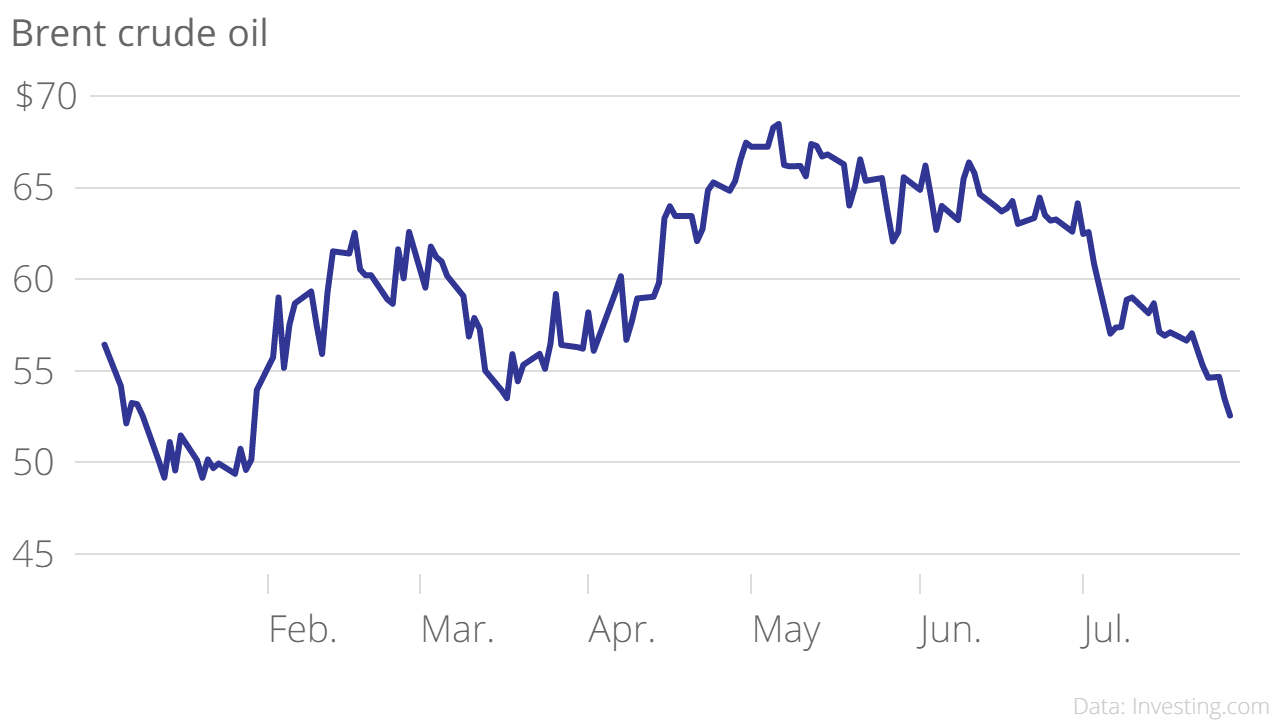