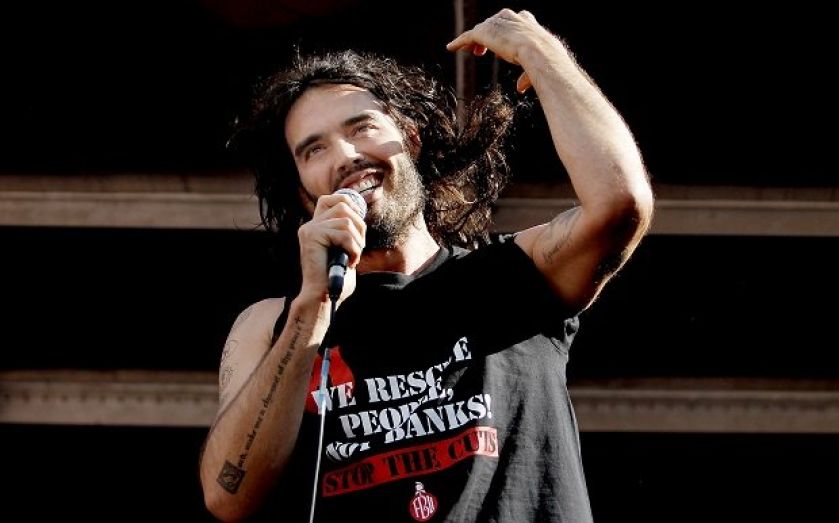 Poor Russell Brand can't seem to catch a break these days, with opinion polls showing him to be more unpopular than Jeremy Clarkson and column inches being devoted to his poor reaction to tough questions.

If things weren't bad enough for the self-styled revolutionary, he's just been named the winner of the Plain English Campaign's Foot in Mouth award for 2014. The award is given to someone whose public remarks and writings are especially incomprehensible.

While we admire Russell's determination to open up a debate about democracy and the dire state of the world, we struggle to make sense of most of his comments.

We wonder if that might be due to him being more worried about self-promotion than about making sense.

A staunch foe of the Tory party, Brand may be particularly peeved that London Mayor Boris Johnson scooped the award for Plain English Communicator 2014.

While Boris insistence on Latin references and arcane sports terms can make him hard to follow at the best of times, this year he "stunned" the Plain English Campaign by "sticking up for clarity in Westminster".

This one is from Brand's latest book, Revolution:

I find it (capitalism) hard to understand. It obfuscates truth and I think an economic ideology is oppositional to the spiritual ideologies that are what we need to adopt if we're to save our planet and humankind. Capitalism, the economic arm of the individualism and materialism ideologies that keep us framed in a narrow bandwidth of consciousness, prevents us from seeing that we're all connected.

Brand hasn't had the best PR in recent days, after he became tetchy with a Channel 4 reporter when it was suggested he might be part of London's problem of rising rents.

The millionaire comedian lost his cool with the journalist outside Downing Street while delivering a petition on affordable housing.