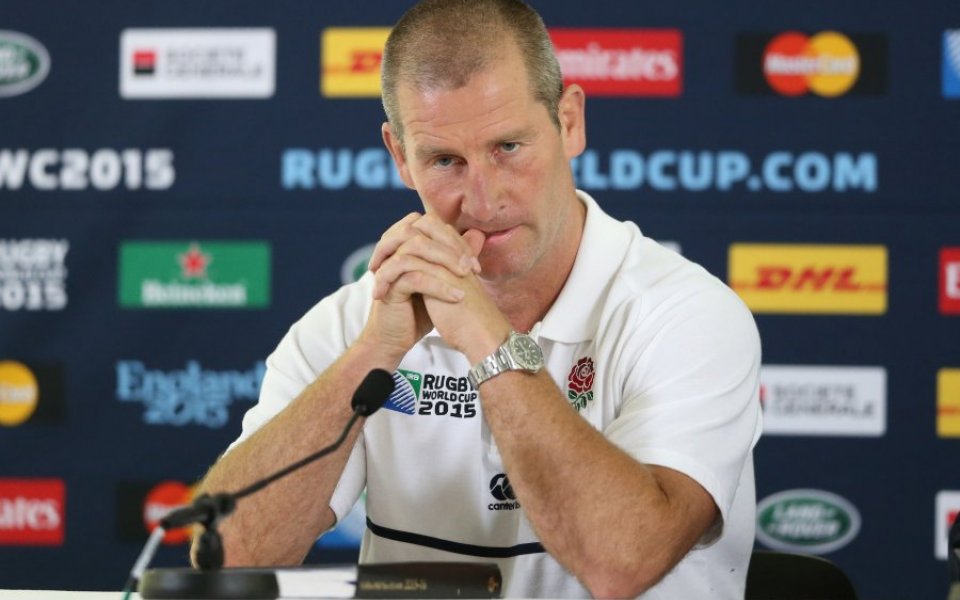 Crestfallen head coach Stuart Lancaster admits he should carry the can for England’s World Cup humiliation but insists he will not quit before next week’s Pool A swansong against Uruguay.

Lancaster has a contract until 2020 but Saturday’s 33-13 defeat by Australia, which made England the first World Cup hosts to fail to make it out of their group, has plunged his future into doubt.

Rugby Football Union chief Ian Ritchie has ruled out a knee-jerk decision, and Lancaster is determined to see out what may prove to be his solitary tournament.

The 45-year-old concedes, however, that he and his employers face a period of soul-searching that could torpedo his four-year tenure after the weekend clash with the south American minnows.

“The accountability and responsibility lies with me,” he said. “Family is a big thing, also what’s right for England and what’s right for the team. All that will come into the equation but 12 hours after the final whistle, that’s not for now.

“All things are being considered, but not for now for me. I sat in front of the management team at the hotel and said we’ve got a game to play on Saturday. I need to get the team ready to play Uruguay on Saturday and that’s my priority.”

England were outclassed by the Wallabies at Twickenham but Lancaster pinpointed the 28-25 loss to Wales seven days earlier as the pivotal moment in his team’s fate.

“Looking back over the games we had a great start against Fiji but the loss to Wales obviously hurt us,” he added. “Being 22-12 up 50-odd minutes in, and then not to come away with a win really put us under pressure. In this [Australia] game it was small margins and big consequences in a lot of the game.”

Lancaster emphasised that the RFU had backed all his decisions “100 per cent” and leapt to the defence of under-fire captain Chris Robshaw.

“He’s been captain for 40-odd games,” he said. “He’s been man-of-the-match in I don’t know how many of those games. He’s led the team well and the boys are 100 per cent behind him.”