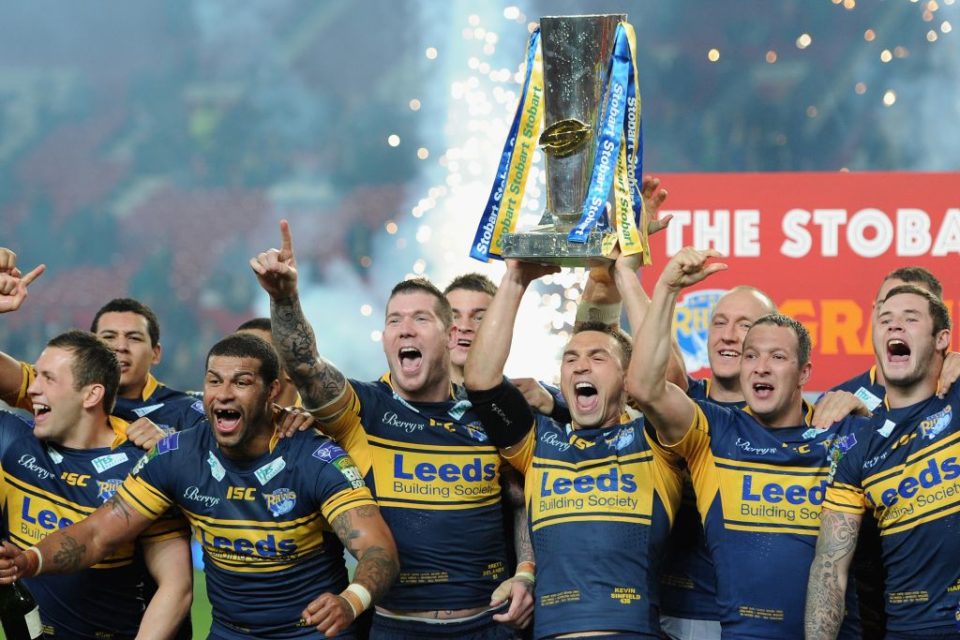 England travel to Manchester City's Etihad Stadium to face Uruguay in a World Cup dead rubber this Saturday, their first excursion beyond Twickenham at the tournament.

But you could forgive locals for averting their attentions to a different code of rugby as the Super League final between Leeds Rhinos and Wigan Warriors takes place across town.

With fans of both codes sure to cross paths in city centre pubs and public transport, debates over the superiority of the two sports are sure to ignite.

We wouldn't dare try and wade in on the first two, but here's some facts to help with the second pair:

Twickenham attracted 81,193 fans for Saracens' triumph over Bath in the Premiership final in May, while St. Helens' victory over Wigan Warriors at last year's Super League final was seen by 70,102 at Old Trafford.

Outside of the UK, France's Top 14 union competition enjoyed an average attendance of 13,207 while Australia's National Rugby League (NRL) attracted an average of 16,127.

This year's Aviva Premiership final on BT Sport generated a record peak audience of 297,000. Meanwhile, early in the Super League season, Wigan's 24 – 16 victory over Huddersfield on Sky Sports in February attracted an average audience of 299,300 according to the Rugby League Express.

Rugby league's massive following in Australia was well demonstrated by a TV audience of 4.5m for the NRL grand final and 2.21m watched the decider of the annual State of Origin series between Queensland and New South Wales.

Sam Burgess has represented England in both codes of rugby (Source: Getty)

When the World Cup finishes, Dan Carter will become the highest paid rugby player in the world of any code. Carter will join Racing Metro where he will earn £1.4m a year. League convert Sam Burgess is England and the Premiership's highest paid player, with his first union contract at Bath worth £500,000 a year.

Rugby league's biggest earner is Daly Cherry-Evans, who signed a lifetime contract with NRL side Manly worth up to £800,000, after reneging on a deal with Gold Coast Titans.

Union clubs in the Aviva Premiership must stick to a salary cap of £5.1m, with two excluded players.

In contrast, Super League clubs must work within a budget of just £1.85m, but recently voted for a new marquee player rule to allow clubs to pay more for a star signing.

Club owners had pushed for the rule after a number of rugby league stars – including Burgess – left for the richer NRL which operates under a £2.6m salary cap.

Yet no league with a salary cap even comes close to the £8.6m permitted to French Top 14 teams.

Despite the superior audience numbers enjoyed by Super League, the Premiership commands more in TV money from BT Sport than the rugby league competition does from its deal with Sky Sports.

The Premiership recently renewed its deal with BT Sport – originally due to expire in 2017 – to 2020/21 and was believed to have negotiated an upgrade on the £152m value (or £38m a year) of the original.

It's once again a different story in Australia, however, where the NRL recently negotiated a £435m contract with free-to-air Channel 9.

England's Rugby Football Union (RFU) is the richest association in world rugby. In 2014 it generated revenue of £152.2m.