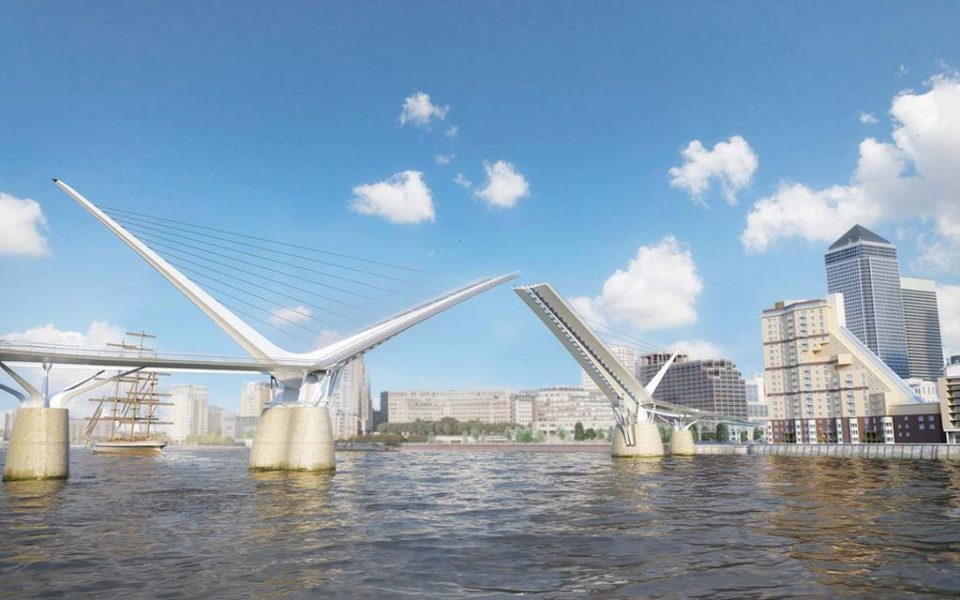 Proposals to build the world's longest drawbridge from Rotherhithe to Canary Wharf for £88m have been put forward by an architect and engineering group.

The "Rotherhithe bridge" will connect south east London to the Docklands peninsular, and will offer an alternate route across the Thames.

The bridge would open and close in just four minutes, at a cost of £9 per lift according to 2015 prices.

"The central span supported by cables from raked masts forms a double wishbone-like structure which, with the help of hydraulic rams, pivots to allow tall ships to pass," according to the website.

"The Rotherhithe Bridge has a unique design; its elegant and sleek form provides both a cost efficient solution to congestion and adds another landmark to one of the world’s greatest cities."