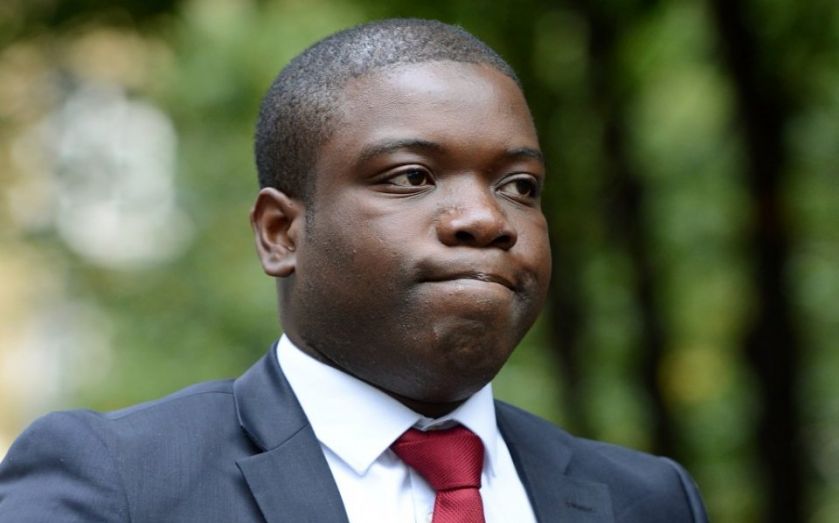 A rogue trader who lost $2.3bn (£1.4bn) in unauthorised trading at UBS has been released from prison after serving out nearly half of the seven-year sentence he was given.

Kweku Adoboli was arrested in 2011 and was found guilty on two counts of fraud in 2012.

During his hearing, Southwark Crown Court was told Adoboli was close to losing $12bn.

Adoboli at his trial (Source: Getty)

The Ghanaian-born British citizen will no longer be allowed to work in finance as the Financial Conduct Authority (FCA) is moving to ensure he cannot take a financial services position up again.

Having graduated from the University of Nottingham in 2003, he joined UBS as a graduate trainee, before becoming a trader in the global synthetic equities division, buying and selling exchange traded funds (ETFs) in 2006.

Adoboli's defence told the court that senior managers had knowledge of his actions and encouraged him to take risks.

Last year, UBS trader John Hughes was banned from performing any function in relation to any regulated activity in the financial services industry relating to the Adoboli case, after the FCA found he was not a fit and proper person, indicating Adoboli may end up with the same ban.