Emma Stevenson
I am an Investment Specialist at Schroders. 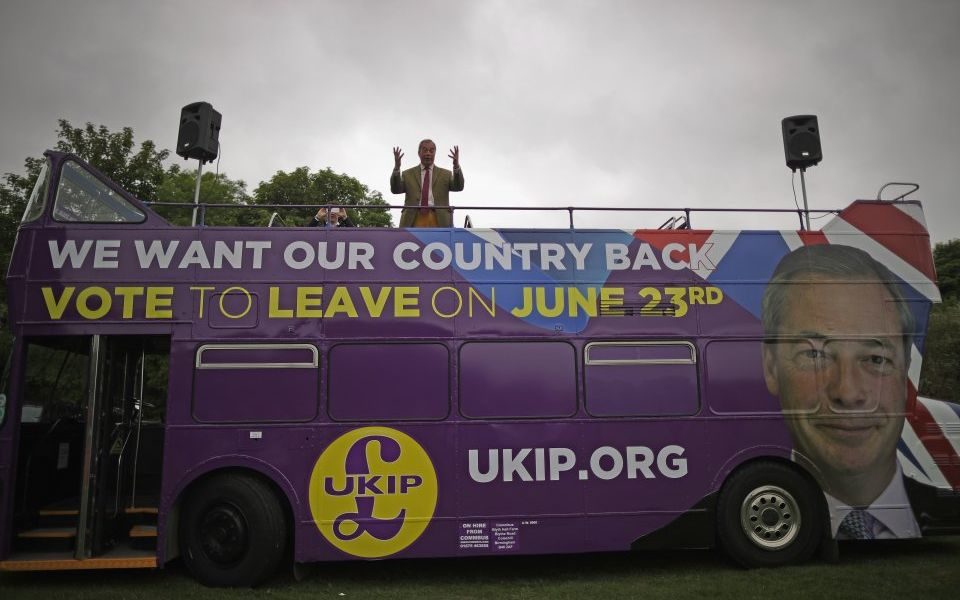 The UK government is expected to trigger Article 50 by the end of this month, signalling the start of a two-year process that will see the country leave the EU.

The Brexit process started on 20 February 2016 when then Prime Minister David Cameroncalled a referendum on the UK’s membership of the EU.

The news saw a decline in the value of sterling, although the stock market reaction was more muted. External events, such as worries over China’s economy, were also affecting markets in early 2016.

A similar pattern was repeated on 24 June 2016, the morning after the referendum, when it was confirmed that the “Leave” campaign had won the day. Again, the pound moved lower but stock markets were less affected than many had anticipated.

In part, the resilience of the UK stock market was due to investor appetite for international stocks with foreign – particularly US dollar – earnings. The chart below shows that the FTSE 100, the UK’s leading large cap benchmark, generates only around 29% of its revenues from the UK.

Additionally, the Footsie is home to many international companies operating in defensive sectors such as pharmaceuticals and tobacco. These companies were in demand both because of their overseas earnings and also the less economically-sensitive nature of their operations.

At the same time, commodity-related sectors such as oil & gas and metals & mining also performed well. They were viewed as being among the chief beneficiaries of sterling weakness against the US dollar, with commodities generally being priced in dollars.

What comes next in the Brexit process?

With Article 50 expected to be triggered by the end of March 2017, the UK will then start the formal two-year process of exit negotiations with the EU. We asked our investment experts what they expect to happen next.

The first point of disagreement between the UK and its European partners may well be the exit payment the UK will need to make to settle existing liabilities.

“The triggering of Article 50 itself will largely be a non-event for investors given that it has been widely flagged for some time. However, in the near-term, an issue that could become a political hot potato is the size of the UK’s exit payment.

"Michel Barnier, the European Commission’s chief Brexit negotiator, has indicated that the UK may be asked to pay up to €60 billion (£51 billion or 2.7% of 2016 GDP) to cover the cost of existing commitments. Analysis conducted by the Financial Times newspaper suggests that this is an upper estimate of gross liabilities. It estimates that the final payment could be worth €20 billion (£17 billion or 0.9% of GDP).

"A significant political fight over the UK’s exit bill could jeopardise the chances of a favourable/friendly trade agreement at a later point. Despite the UK’s desire to negotiate a trade deal in tandem with the divorce proceedings, there is no requirement for trade to be concluded under Article 50.

"The precise proceedings and outcome of the negotiations will remain highly uncertain for some time. This is likely to keep investors on high alert for any signs of better or worse outcomes than expected. However, the negotiations themselves are unlikely to have an economic impact before Brexit actually happens.”

How will UK stocks be affected?

There is likely to be limited initial impact on equity markets, but there could be periods of volatility as the negotiating process unfolds.

David Docherty, Fund Manager, UK Equities, said: “In market terms, the triggering of Article 50 is already well discounted and the notification itself is therefore unlikely to have an impact on UK equities. In contrast, the two years of negotiations which follow Article 50 will have a much greater influence on UK companies and markets.

"As the bargaining continues, we expect to see recurring bouts of market volatility as investors respond to, and anticipate, evolving negotiating positions.

"We believe that the ebbs and flows of the negotiating process should throw up valuation anomalies in a number of stocks as investors attempt to identify and calibrate the implications for individual companies.

"Our bottom-up stockpicking approach should serve us well as we look to exploit these mispriced opportunities when they emerge.”

A bottom-up investment approach is based on analysis of individual companies, where that company's history, management, and potential are the primary focus, rather than general market or sector trends.

Meanwhile, companies will be seeking certainty over their access to EU markets, but it may be some time before this is agreed.

Roger Doig, a European equities analyst, said: “Assuming there are no unexpected obstacles to triggering Article 50 thrown up by the House of Lords, it should be triggered by the end of March. A period of negotiation – potentially quite lengthy and quite fractious – will follow.

"In this time, UK-based banks and insurers will continue to navigate in the fog, but with the two-year exit clock ticking, their contingency planning will become more urgent.

"Demands for greater clarity about how UK-based firms can access EU markets will grow, but the government won’t be in a position to give this clarity while the exit bill remains unresolved.”

How will UK property be affected?

The real estate sector is an area of particular focus amid the risk that some companies may decide to relocate certain operations. London could see the biggest impact, with other UK cities likely to be less affected.

Mark Callender, head of real estate research, said: “Winning cities across the UK such as Manchester, Bristol and Leeds are likely to continue to benefit from ongoing tenant demand. These cities share the common attributes of diversification, modern infrastructure and quality of life.

"Our main concern is the impact which Brexit could have on the London office market. While London will continue to be a major hub for international business given its large pool of skilled labour and other inherent advantages (e.g. English law, time zone), there is a risk that banks and other financial services will have to switch some of their activities to the EU.

"In turn this could affect the lawyers and other professional services who work for the banks. We are also conscious that around a quarter of London’s construction workers are from other EU countries.”