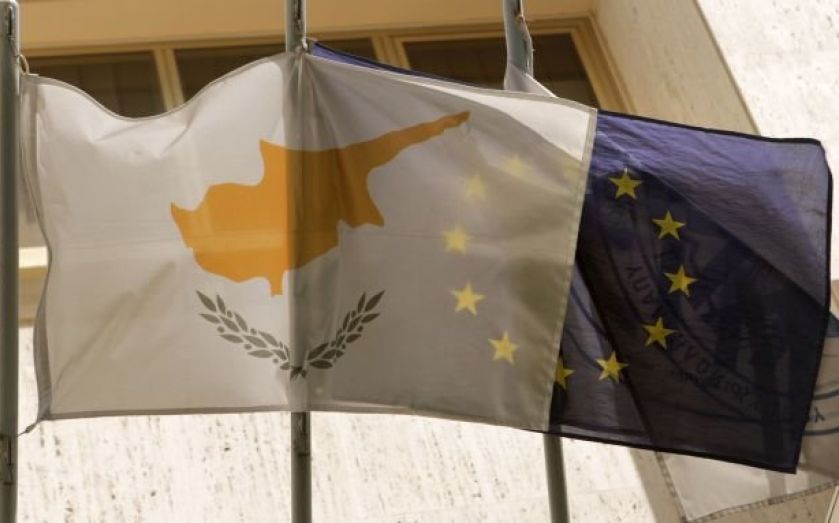 As international buyers continue to snap up London property and send house prices skyrocketing, a group of economists has suggested the events leading up to Cyprus's 2013 economic crash should be taken as a warning to UK banks.
In March last year, Cyprus's debt had spiraled so far out of control that it came close to becoming bankrupt. Without the bailout given to it by the International Monetary Fund, it is likely that it would have been forced out of the Euro currency zone.
But what caused the situation to become so bad? And why was nothing done sooner to rectify it? Researchers at Imperial College London Business School and the University of Cyprus identified a sense of overconfidence that resulted from 35 years of “almost continuous and robust growth” as being the crucial point at which things started to go wrong.
According to their report, published in the journal Economic Policy, this led the Cypriot government to make poor choices about public finances and resulted in a delay in reaching a bailout agreement.
"Cyprus enjoyed around 35 years of almost continuous and robust growth with a booming housing market, foreign investment and tourism. However, our research shows that from 2010, Cyprus's debt problems were growing and the government was slow to respond to the crisis,” explained Professor Alexander Michaelides, co-author of the report.
One of these decisions was to increase lending to homeowners by around 50 per cent of GDP, as both international and domestic real estate demand went up following Cyprus's accession to the EU.
When the economy started to falter, house prices began to fall and by 2013 they had dropped 5.4 per cent, according to the country's central bank.
This rapid fall in house prices pushed households and corporations into negative equity, meaning their homes were worth less than the mortgages on them. As a result, the banks that lent the money with the houses as collateral were exposed to the risk of these loans not being paid back.
The researchers say the housing boom and bust cycle experienced by Cyprus should be a cause for concern in countries such as the UK, where house prices are currently increasing because of demand from foreign investors.
According to the estate agent Savills, £7bn of international money was spent on premium London homes in 2013, with just 20 per cent of that spent by UK citizens. Two thirds of the properties bought by international buyers were investments.

Beyond over-lending, the report also identifies a number of other factors involved in Cyprus's economic downfall. The government had introduced financially unsustainable policies that contributed to the crisis, such as increasing social security spending on a range of initiatives including non-means-tested housing subsidies,
These were aimed at helping elderly people on lower incomes cope with rising costs, but also had the unintended consequence of helping those who were better off. Over a period of four years, the debt-to-GDP ratio rose from 48 per cent to 78 per cent, resulting in an unsustainable increase in government deficits in a short period of time.
It also failed to take action soon enough when the crisis was escalating – the team says that the government should have negotiated assistance in the summer of 2011 or summer of 2012, instead of completing the negotiations in March 2013.
“This delay meant that the European Central Bank had to increase the amount of money – called Emergency Liquidity Assistance (ELA) – it lent to Cyprus to keep the banking sector afloat,” said Michaelides

LESSONS TO BE LEARNT

Michaelides believes that there are a number of lessons that governments all over the world can take away from Cyprus's economic crash, both in terms of preventing future crashes and managing them appropriately if they do occur.
“In order to prevent crises of this magnitude standard macroeconomic policy advice applies: keep government deficits under control; ensure strong corporate governance in large banking sectors; beware of volatile capital flows such as large deposits being paid into bank accounts and then being quickly removed, and of rapid increases in house prices,” he said.