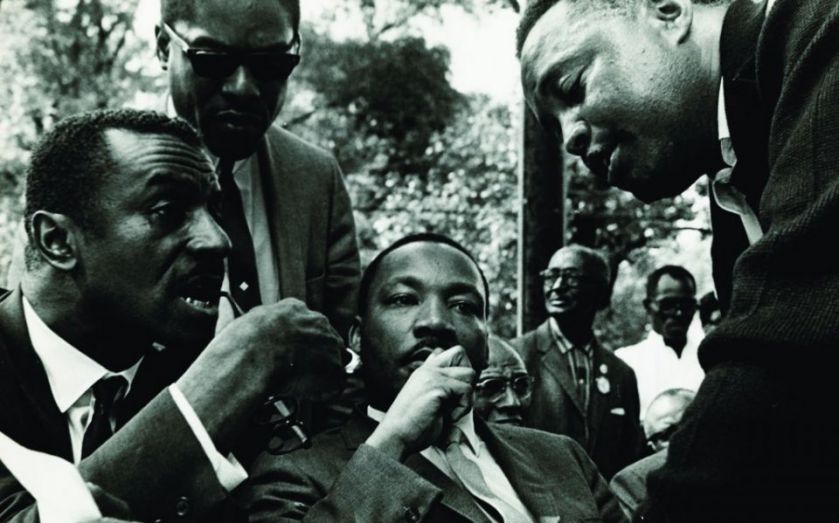 A new exhibition considers the humanitarian legacy of photojournalism in the post-war era.

The effect of photojournalism in furthering humanitarian objectives can be explained by the simple fact that it’s harder to ignore wrong-doing when you can see it in plain view. A new exhibition at the Photographers’ Gallery examines the political legacy of photojournalistic practice, taking as its starting point the 1948 Universal Declaration of Human Rights.
“At a time when vast swathes of people – the refugee, the asylum seeker, the economic migrant – have no rights at all, are in fact ‘no-ones’, it seems a matter of extreme urgency to consider political humanitarian development in today’s context,” says curator Mark Sealy.
With images from the Civil Rights Movement in the US, independence movements in Africa, Middle Eastern and South American uprisings, the Vietnam War and key social unrest and protests in Europe, the exhibition looks at local uprisings in the context of a global struggle against oppression. While it celebrates photojournalism’s political potency, it also highlights the limitations of single, emotive images in explaining complex realities.
Human Rights Human Wrongs is at the Photographers’ Gallery from 6 February – 6 April 2015.