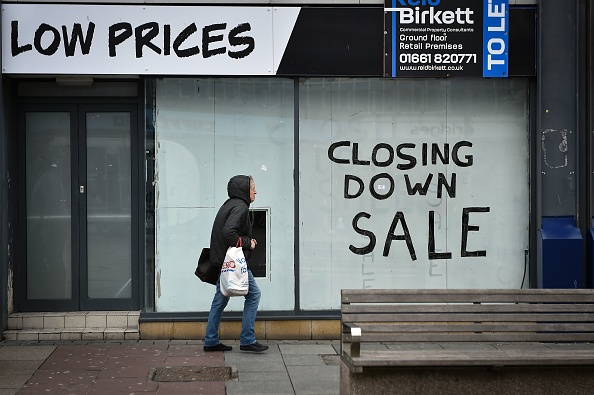 Retail sales have taken a dramatic tumble in May, as already challenging retail conditions are set against a background of Brexit uncertainty.

In total, sales for May declined by 2.7 per cent, the biggest drop since the British Retail Consortium (BRC) started the monthly survey 24 years ago. Britain’s retailers are warning that the decline could spell more job losses and store closures.

Excluding the distorting effect of Easter, the figures are the worst drop since 1995 when records began. However, the BRC pointed out that it is being compared to a bumper May 2018, when glorious weather, the world cup and a Royal Wedding boosted sales by 4.1 per cent – itself a record rise.

May 2019, by contrast, offered shoppers “political and economic uncertainty,” said BRC chief executive Helen Dickinson. She warned that retail conditions are the toughest they have been for a decade and politicians need to act to improve retail sales.

“Business rates remain a barrier, preventing many retailers from investing in their physical space. We have a broken tax system, which sees retailers paying vast sums of money regardless of whether they make a penny at the till, and yet the government is failing to act. The legislation is falling behind the technological revolution.”

These figures follow announcements from Morrisons and Asda indicating how challenging the retail climate is. Asda warned of tough times ahead after the £10bn Sainsbury’s deal collapsed, while Morrisons blamed political and economic uncertainty for missing its quarterly growth forecast.

Obviously, traders should be aware of the impact this will likely have on their retail stocks. With a record low performance, and warnings of job losses and closures, retail assets could be in for a bumpy ride.

However, the FTSE 100 was up 0.2 per cent as investors reviewed the BRC news, which is great news as sterling is also up today. There appears to have been a collective shrug from the markets, with many High Street shares unaffected by the seemingly dire news in an already uncertain market.

It may be that, for many, uncertainty has already been factored in by investors so this little bump in the figures is of no concern. Those retailers who have seen shares drop have other issues going on in the background.

Halfords, Next and Cineworld are all performing badly today.

Next Plc appears to keep limping on but never fully recovers its fortunes. The company was saved at the last minute by a bump in Christmas sales after a rocky Q4, then confirmed a profit decline for 2019 as it tries to adapt to the difficult marketplace. The company is currently trying to break free of its reliance on the high street by shifting its focus from physical sales to online. Only time will tell whether Next can escape in time, or whether the company will go down with the ship.

Cineworld, meanwhile, has been struggling with a fall in blockbusters compared to a bumper 2018, with worldwide sales falling by 13 per cent in the four months to May, and 13.6 per cent in the UK and Ireland.

So, despite the dramatic headlines, investors remain confident that this is a bad month in an otherwise strong year so far.