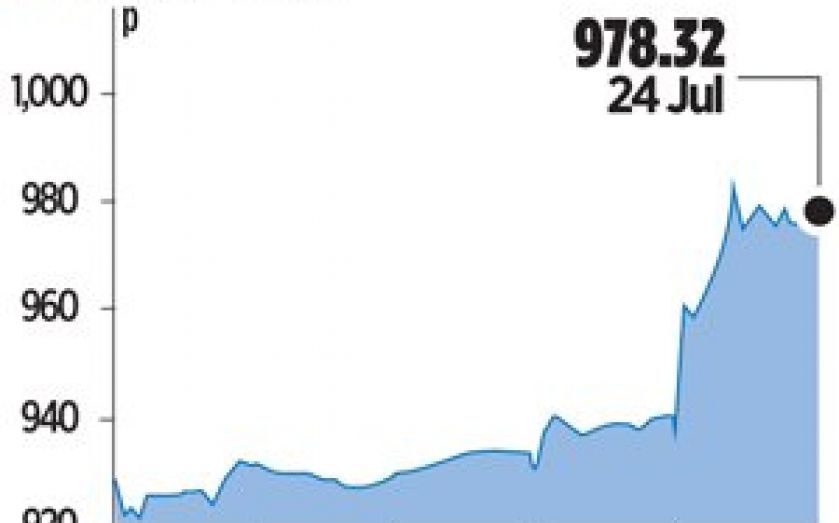 EUROPE’S largest media group Reed Elsevier yesterday said it expected another strong year of underlying revenue, profit and earnings growth after demand for exhibitions and financial news helped it to beat profit forecasts during the first half of the year.

Anglo-Dutch Reed, which has a market valuation of around £20.9bn, led the FTSE 100 risers yesterday as its shares leapt 4.37 per cent following its interim results to 980p.

The group reported a four per cent jump in first-half revenue to £2.9bn, with all four of its business divisions in growth, and profit per share of 27.8p topping the forecasted 27.1p.

“Underlying trends in our business continue to be positive as we enter the second half, and we remain confident that we will deliver another year of underlying revenue, profit, and earnings growth in 2014,” said chief executive Erik Engstrom.

Reed has been rapidly transforming from a print business, which accounted for 50 per cent of its total revenue in 2007, to a digital- and exhibition-based business which represented 84 per cent of its first half revenue.

“In the first half we continued the transformation of our business, add­ing datasets and analytics and building out our leading global platforms, primarily through organic development,” added Engstrom.

The group said underlying revenue grew by three per cent at its Scientific, Technical & Medical division and by six per cent at its Risk Solutions Busi­ness, which provides data to clients in financial services.