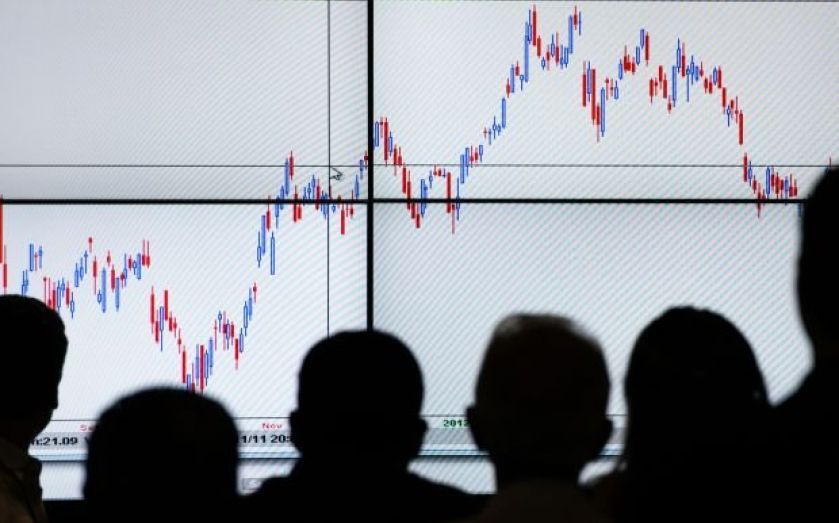 Investors in Quindell may well be asking themselves what's going on with shares now. The company opened another eight per cent lower this morning on news that finance director Laurence Moorse had failed to meet margin call on a controversial sale-and-repurchase agreement.

Laurence, (now ex-) chairman Rob Terry and non-executive director Steve Scott entered into the deal with US-based alternative finance provider EFH last month. Under the terms of the deal, the three must give either cash or shares to EFH if Quindell's shares fall more than 20 per cent – which they did last week.

In a statement this morning, Quindell said his right to repurchase 200,000 shares at 15p each had been terminated because he had failed to meet a margin call from EFH on the agreement.

And yet, and yet.

As trading progressed, shares in the company rebounded, rising almost 10p from their opening price. In fact, in the past week, shares in Quindell have almost doubled, from 41.5p on Thursday to 81.4p this morning, via a high of 91.6p first thing on Monday morning.

What's going on? Since a peak of just under 650p in April last year, shares in the company have lost more than 90 per cent of their value, following the repercussions from a damning report from secretive US analyst Gotham City Research. Last week, Terry, Scott and Moorse all finally snapped and stepped down, a day after the departure of broker Canaccord Genuity.

So is the company's latest rally a sign of confidence from investors? Financial services provider Motley Fool points out that despite its share price shenanigans, Quindell "remains a highly profitable business that has delivered superb bottom-line growth in recent years".

Perhaps, following Terry and co's departure, investors are willing to let bygones be bygones. Although given its recent history, this may just be a blip. By 9.30am, shares were 3.19 per cent down on last night's closing price. One thing's for sure: being a Quindell shareholder is a rollercoaster ride of emotions.