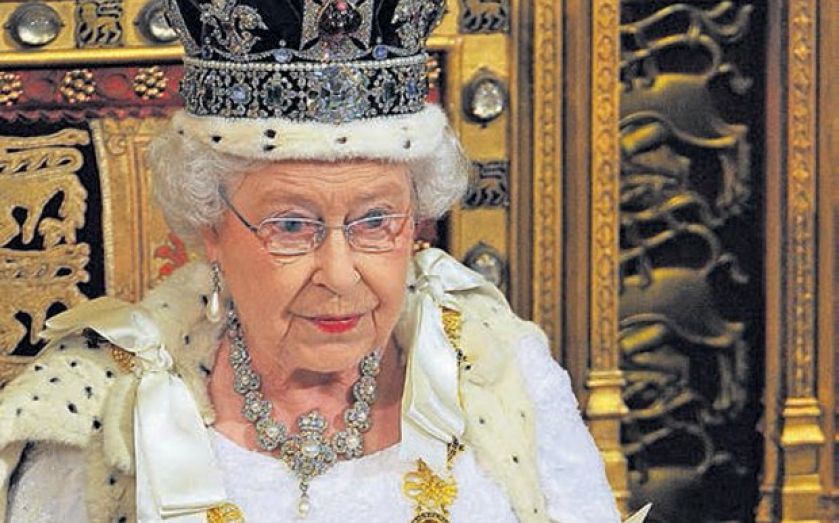 Small business bill
If a big bank turns down a small firm’s loan application, they will have to refer it on to other lenders. Zero-hours contracts can no longer include an exclusivity clause that ban workers from taking several such jobs. Tax-free childcare will be extended to under-12s from 2015 in a bid to make work easier for parents. A draft bill could be published in the next few weeks, before the summer recess.

Infrastructure bill
The infrastructure bill is fairly beefy and includes measures to turn the Highways Agency into a government-owned company; relax planning laws if councils are dragging their feet; make fracking under private land legal and create an industry-funded regulator specifically for the North Sea. Ministers have watered down a pledge to make all new homes zero carbon by 2016 and developers can pay a contribution instead. Small sites will be exempt, but small is yet to be defined.

Two pensions bills
Two pensions bills will provide consumers with greater choice and control over how they save their money for retirement. Many people will no longer have to buy an annuity on retirement and collective pension schemes will be introduced.

Childcare payments bill
The existing employer-funded childcare scheme is to be replaced by a state-subsidy worth up to £2,000 a year. The scheme will launch in August 2015.

Modern slavery bill
Law enforcement agencies will get stronger powers to tackle modern-day slavery and an anti-slavery commissioner will be appointed.

Heroism bill
An odd addition, this bill aims to prevent people from being prosecuted for negligence when they are simply trying to do the right thing. The definition of ‘heroic action’ is shaky, which would be a sticking point.

Service complaints bill
The Queen announced the introduction of an ombudsman for the armed forces to strengthen the complaints system.

Serious crime bill
The National Crime Agency will be strengthened, with greater powers to recover criminal assets; new powers to seize, detain and destroy chemical agents used for cutting with drugs; a new offence of possessing paedophilic manuals and tougher rules on FGM.

Recall of MPs bill
The recall bill drew the most criticism of all the elements of the Queen’s speech, for failing to really tackle the problem of errant MPs. Zac Goldsmith, a Conservative MP, accused the government of conning voters with measures that don’t give them any power at all. An MP can be ousted if they are convicted of a crime with a sentence over 12-months. Parliament will also be able to trigger a ballot, which must be signed by 10 per cent of registered voters in the area in order to oust an MP.

Draft riot (charges) bill
This draft bill will tweak some of the parts of the Riot Act, the most notable change being the creation of a Riot Claims Bureau to handle claims. The government has yet to set out how much this new agency will cost though.

Draft protection of charities bill
The aim of this potential bill will be to protect charities from being duped by people who abuse them. A consultation is ongoing and the results will inform the new bill.

Draft national parks bill
Another slightly odd addition to the speech, this draft piece of legislation will allow people to elect members of the boards of National Parks and the Broads Authority who handle planning applications and decisions.

Also in the speech …
A new 5p charge for plastic bags made a splash yesterday, with retailers expected to donate the proceeds to charity. Changes to GCSEs and A-Levels to “prepare pupils for employment” were also included in the speech, which took roughly ten minutes for the Queen to deliver – just enough time for one of her page boys to faint in the heat.