As George Osborne poaches policy from the opposition, have the Tories now won the centre ground? 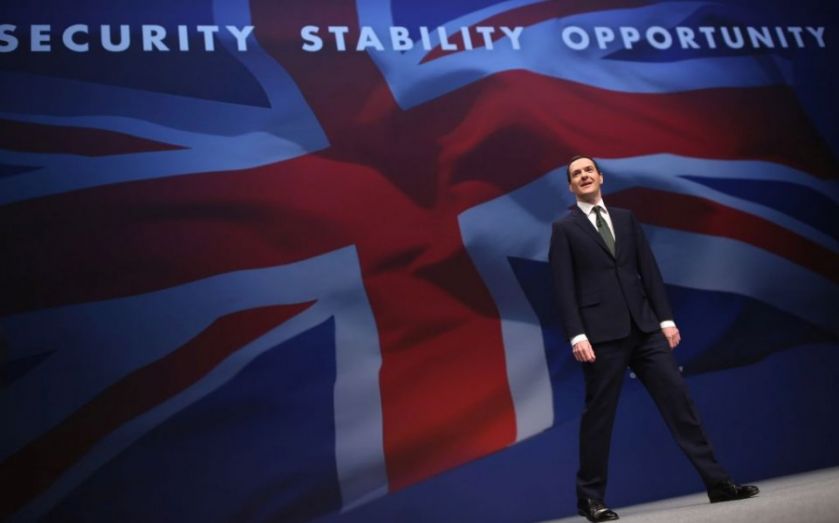 George Osborne not only parked his tank on Labour’s lawn; he disembarked, helped himself to their porridge and then settled himself into bed.

Labour has spent months telling the nation (the parts of it on Twitter anyway) that anybody who believes in prudent financial management or a strong national defence is that most terrible of things – a Tory.

Osborne set out to prove them right. An infrastructure commission chaired by a former Labour minister, devolution of business rates, DevoManc, a living wage – all policies lifted from Labour’s last manifesto.

Osborne has seen a once-in-a-lifetime chance to cast aside the “nasty party” label and to speak for One Nation.

The policies he has outlined may be too far to the left for some Conservatives, who see the chance to live their Thatcherite dreams.

They are certainly too right (in both senses of the word) for Labour’s new leadership.

However, for the electorate, particularly the millions of Labour voters now denounced by their own party, the chancellor seems to have got it just right.

Madsen Pirie, president of the Adam Smith Institute, says No

George Osborne is a political chancellor. In the Summer Budget, he occupied Labour’s turf with the National Living Wage.

In his conference speech, he poached a Labour initiative, the National Infrastructure Commission, headed by ex-Labour peer Lord Adonis.

This wrong- foots Labour, taking popular and distinctive policies out of their hands. But it also passes up a once-in-a-lifetime opportunity.

He could use the “Corbyn window” to implement necessary reforms to solve some of the UK’s most intractable problems – difficult under an effective opposition.

He could implement major tax simplification, sweeping away complex allowances and deductions, and opt for a simple low rate like in Hong Kong.

He could remove the National Insurance burden by merging it with income tax.

And he could turn the NHS into a publicly-funded, but privately-provided service, to give patients more control.

But instead, the chancellor is opting to score political points, and is wasting a precious chance.