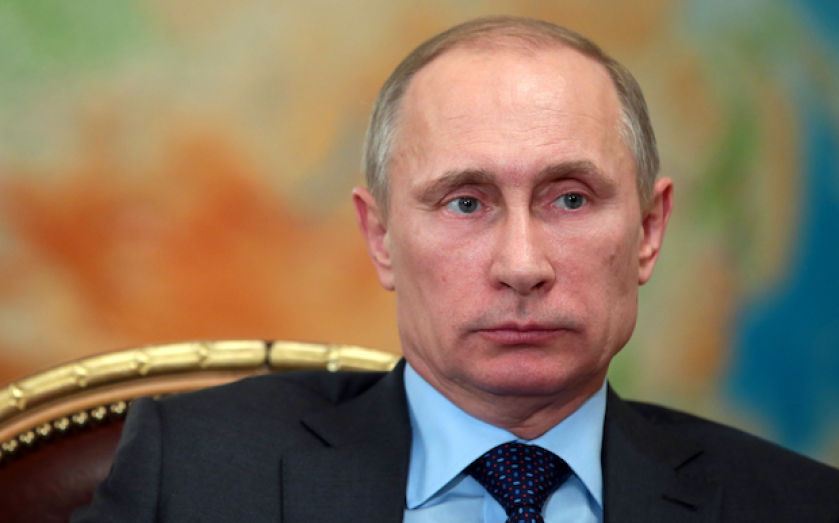 As Europe gets ready to place more sanctions on Russia, Vladimir Putin has called for the “statehood” of southeast Ukraine to be negotiated.
In a TV interview, the Russian President said: “We must immediately begin substantive, meaningful negotiations, not on technical questions but on questions of the political structure of society and of the statehood of southeast Ukraine in order to guarantee the legal interests of people who live there.”
His words are likely to spark backlash from Kiev and western governments, which accuse him of sending increasing numbers of soldiers into Ukraine, along with military equipment.
But the President's spokesman Dmitry Peskov said that it was “absolutely wrong” to interpret his words as calling for independence for eastern Ukraine, and that Putin had been calling for  “negotiations within Ukraine, addressing the internal, Ukrainian structures which would take into account the interests of the eastern regions of the country, the interests of Novorossiya (New Russia)”.
Putin's comments have become more provocative recently. Earlier this week, he said the Ukrainian army’s assault on towns in eastern Ukraine was comparable to the Nazi siege of Leningrad during the second world war.
More sanctions
An increase in fighting between the Ukrainian government and pro-Russian rebels in the east of the country led Europe to announce that it will introduce new sanctions against Russia within a week.
Speaking after yesterday's summit in Brussels, European council President Herman Van Rompuy said the EU "stands ready to take further significant steps in light of the evolution of the situation on the ground."
"Everybody is fully aware that we have to act quickly," he added.
Share
Tags: People Ukraine crisis Vladimir Putin